Today’s gospel proclaims the truth that Jesus is the lord of life. He has power to call us out of our tomb. We do not have to be physically dead in order to be raised up. We can be dead in the midst of life when we remain indifferent (‘globalisation of indifference’ as Pope Francis called it) to the plight of other people and unable to weep with them. Is this not like living in a tomb? Jesus’ voice calls us all away from making the tomb our natural habitat.

Jesus openly proclaimed that he came to open the eyes of the blind and set free those held captive in darkness. This resulted him in being viewed as a dangerous figure. We see how God is close to the broken. Here a blind man can now see things differently and is no longer held back by outsides forces of authority despite their naked hostility towards him and Jesus. 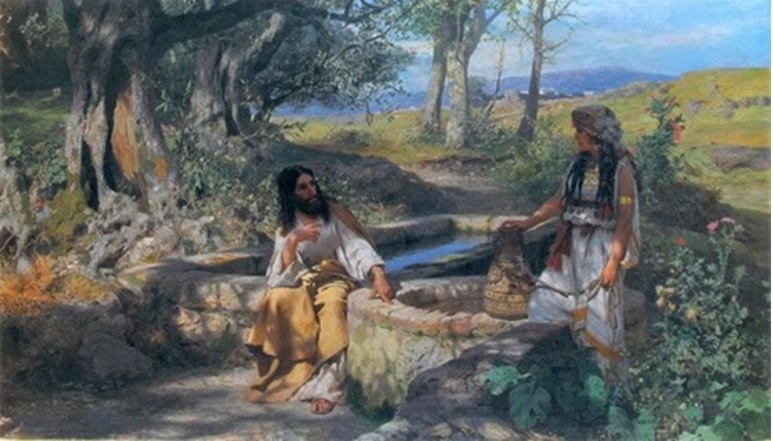 Christianity would be all the poorer without today’s gospel narrative - as it would if we did not have the story of the Good Samaritan! John carefully introduces this story of the Samaritan Woman at the Well saying that Jesus had to pass through Samaria, a place Jewish people tried hard to avoid.  Against community expectations Jesus deliberately passed through this area and is found at this well at an unusual time of day with a woman who was trying to avoid her fellow villagers. She encounters a strange man who begins a conversation with her. He listens to her and she listens to him.