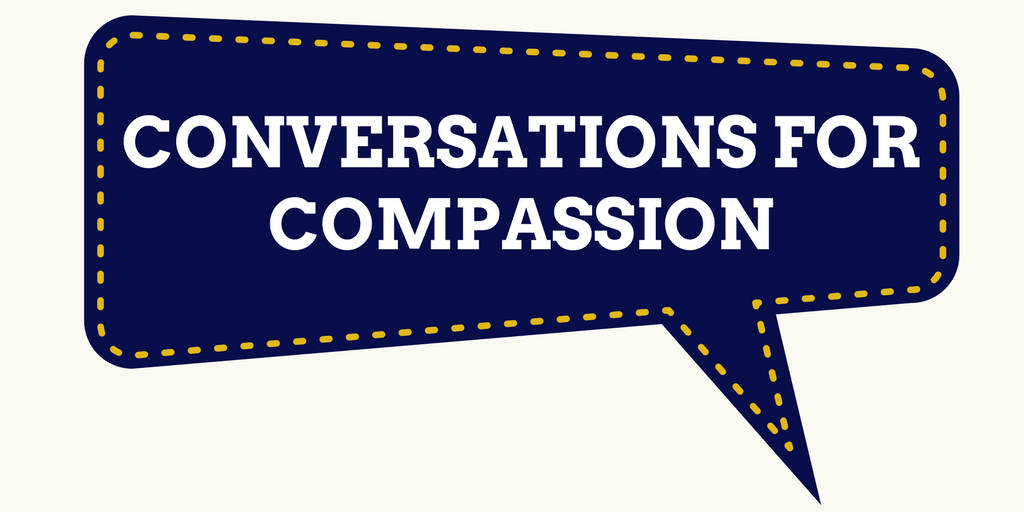 Everyone can play a role in building a more compassionate, more just and fairer society. That's why we're launching Conversations for Compassion, a program to help empower people with the skills, tools and understanding to speak up for social justice, human rights and eco-justice.

You can sign up here to receive updates about upcoming Conversations for Compassion events.

If you are a teacher, a member of a group or simply an individual who wants to bring your network together, we can work with you to tailor a program that suits your needs.

You can sign up here to receive updates about upcoming Conversations for Compassion events.

If you would like to get in touch about organising a specific program for your group, organisation or network, please get in touch with us here.

We live in challenging times - Trump is President of the US, Britain voted for Brexit and Hanson is forcing the once-moderate Turnbull further and further to the extreme right.

The Edmund Rice Centre has always believed in the power of community education. We have a firm faith that the Australian people - once all the truths are clearly on the table - will extend their empathy and compassion to the most vulnerable.

A lack of trust in institutions and "the system" can often make people more vulnerable to fear (such as the fear campaigns run by Donald Trump and the Brexit campaign). This fear further undermines trust and confidence and a vicious cycle is created.

So who do people trust? According to the Edelman survey, "a person like yourself [is] now tied for most credible spokesperson."

And that's where you come in.

We believe that the most effective way to shift public opinion on human rights and social and environmental justice is through personal storytelling and conversations at a personal level. We are all members of networks - both formal and informal - in which we have the capacity to influence opinion and thought.

That's why we are launching Conversations for Compassion, a series of programs to empower people with the skills, tools and understanding to speak up for social justice, human rights and eco-justice in their everyday lives.