In those early days of the late 1990s the Edmund Rice Centre was like a log fire. The more it was stoked with ideas and actions the more alive it became. The more people involved, the warmer the atmosphere. I didn’t realise that this fire had only recently been lit when I first came to Sydney in 1996 and attended a Social Justice meeting at Balmain. 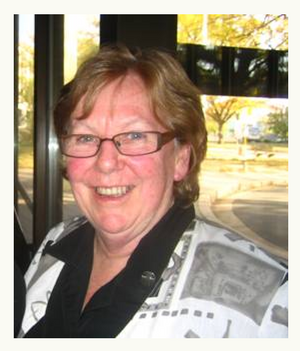 As Justice and Peace Promoter for the Archdiocese in 1999 I was offered a desk in the office/house at Homebush. I was fascinated. The place was a buzz. People coming and going – ideas bouncing off the walls. While Phil Glendenning thought this nun could prepare a prayer to begin the Friday staff meetings each week, he soon discovered that I wasn’t that sort of nun! I prepared one and then other staff members were encouraged to take turns. The response wasn’t always enthusiastic as one staff member retorted: Sista how can I do that I’m not even a Catholic! The prayers revealed the depth of spirituality of the staff, whether they be employed, volunteers or doing internships at that time – or non-Catholic.

We didn’t talk much about Social Justice, we just lived it. At a time when the government was excluding people like those indigenous to this country, or people seeking refuge here, the atmosphere in the office was all inclusive. Early Education Officers Karen Oxley and Nicole Breeze faced the challenges of Adult Education of social justice. Anyone that wanted to volunteer was found a desk and assigned tasks as Marie Loller was in the late 1990s. Cassandra Gibbs and Mark Yettica-Paulson modelled the indigenous way of being in a culture that continually treats them as second class. Zeena Elton, along with Marie Loller and Ben Spies-Butcher were dedicated to developing a sound research base at the Centre which had its challenges when there was so much happening, and facts were sometimes difficult to document. Projects that had been established included Cassandra’s ‘Let’s Talk Local’ which touched me deeply as we sat around and listened to the different Indigenous people charged with educating us; and in Northern Ireland, again memorable as youth from the North and South as well as from Israel and Palestine and Indigenous Australia discussed reconciliation. I remember Olga Havnan and I did some serious debriefing together. The Just Comment was one of the regular publications, with one Debunking the Myths about Asylum Seekers translated into at least ten languages. Jill Finnane taught me how to set up and manage a worm farm and from her Environment Desk evolved the relationship with Kiribati where the impact of Climate change is an emerging crisis. From 2000 the research team of Zeena and Ben lasted for many years. At the same time Zeena taught an on-line Indigenous Course and managed the international interns, and later with Samia Hossain set up the Women’s Network, Lilla. Dr Michael Walsh quietly worked away at the desk opposite me in the house out the back organising Businessmen’s breakfasts where the emphasis was on business ethics. And Paul Wijngaarden’s work was like drawing teeth as he painfully tried to get us to save our invoices in his efforts to produce a credible financial record. Not without its difficulties Julienne Manson liaised with the teachers in Edmund Rice schools raising awareness of indigenous culture.

There was also Br Steve Cram’s commitment to collecting furniture and distributing goods to needy and refugee families. Br Steve was also the ‘go to man’ for ERC Admin. and resources. I’ll never forget the look on the faces of certain staff members the day Br Steve and I announced we were off to buy a double bed! In visiting the Villawood detention centre weekly, I began to bring staff members and teachers and year 12 students along to experience the awful reality of sitting with broken, sad, angry people seeking asylum, and hidden from the community in compounds fenced with barbed wire. When Nicole Breeze, Zeena Elton and I returned one evening shattered by what we had heard and seen we were greeted by other staff members who stayed late to be with us as we tried to debrief.  This was the ERC at its best, compassionate, caring and willing to listen and learn from their first hand experiences.

It was the volunteers and overseas interns who frequented the office that also made it an exciting place to be. Interns such as Mireille Widmer from Switzerland, Clare McGeady from Ireland, Bruno Ver Wee from Belgium or those that couldn’t work or volunteer because of visa restrictions who just ‘filled in time’ at the Centre from Bangladesh, Pakistan, Sri Lanka, Uganda and elsewhere. And then there was Mr Jack Daniels himself. Each came with their own story, were given a task and encouraged to carry it out in their own particular way. Mark Fitzhenry was blind so he got to answer the phones but anyone who ever met him never forgot his big personality.

People like Ngareta Rossell, Patrick Dodson, Olga Havnan, Michael Pascoe, Bryan Dawe, Daryl Melham, the two Sisters Carmel Leavey and Mary Britt, Kerry Murphy, Rosie Scott, to name just a few, were drawn upon for their expertise. My mind was blown away by the conversations as I listened to amazing experiences of commitment and dedication to social justice in such a diverse range of employment – journalists, authors, indigenous peoples, business, the arts, politicians, lawyers and academics.

Right from the beginning ERC has been universal – people mattered regardless of where they came from or where they lived. Catholic Social Teaching has no geographical borders, and Phil Glendenning epitomises this as he, in these early days went to Afghanistan to investigate what was happening to people Australia returned to their countries of origin. Since then he has travelled the world – Kiribati with a team to study the real impact of climate on low lying islands, Sri Lanka continuing research into returned refugees, peace building projects in Ireland, the Middle East or Albania, to name a few.

Phil’s vision was to build a community, not an institution and he was continually supported by Br Julian McDonald, the ERC Board chaired by Br Jude Butcher, Br Laurie Needham  who were all committed to social justice and community education. Br Cliff Fogarty is fondly remembered for his creative videos and his ability to assist us with our computer issues.  ERC was to be an inclusive community where injustice was taken seriously and an appetite to do more would transpire after leaving the Centre. The ERC community was a place where interns, volunteers and staff became grounded in Catholic Social Teaching, recognising the injustices occurring locally and globally. Many learnt how to counter these through conducting workshops, writing, discussion, lobbying, and teaching and then they moved on armed with all they had learnt. Cassandra completed her degree at ACU, Ben completed his Doctorate in Political Economy and is teaching at Macquarie Uni. Mark Yettica-Paulson undertook greater education and leadership roles in Indigenous community organisations, and is now Joint Campaign Director of RECOGNISE.  Nicole moved to the Australian Youth Parliament project with Oxfam and now works in England with Oxfam’s International Program. Marie taught Christian Palestinian students at a University in the Galilee, and completed her Doctorate in Jewish and Palestinian Peace Initiatives.  Zeena completed her Doctorate in Feminist Philosophy, critiquing traditional concepts of ‘woman’. Samia completed her Doctorate in the history of pioneering Muslim women in Australia and is now teaching at Melbourne Uni. My Doctorate critiqued the process of decision making regarding asylum seeker’s protection applications. Clare McGeady went on to complete her Doctorate in appropriate education programs for children living with autism, and Mireille who went on to work at the Centre for Humanitarian Dialogue, in the Small Arms and Human Security Program in Geneva, travelled to many war-torn countries with her work, and is about to begin a Doctorate researching urban safety policies. While I am conscious that I have revisited some foundation members of the ERC, there are many more people who have dedicated, sometimes years, to the vision and fanned the fires of their particular passion since those early days.

The Edmund Rice Centre prioritises Awareness, Advocacy and Action and in those formative years was faithful to the principles outlined by Philip Pinto, Former Congregational Leader of the Christian Brothers ten years later:

Edmund Rice showed people that life could be lived differently, that human relationships could be different, that the dominant culture need not have the answers to how a society operated (2006).

Learnings: ERC affirmed my convictions that developing relationships with people less fortunate and those in positions of power– in the office, nationally and globally keep the fires of passion burning; that a commitment to Catholic Social Teachings breaks open the myth that politics and church don’t mix – challenging public policy being necessary to obtain some sort of justice for those in need; and, that anger can be an emotion that stokes the fire of passion deep within our hearts generously giving us the power to see, judge and act.