This May Be Our Final Warning

Released tonight, a devastating new report by the United Nations Intergovernmental Panel on Climate Change (IPCC) warns that the world is running out of time to avert 1.5 degree warming, a rise in temperature that would bring catastrophic changes to the world as we know it.

Already, the Pacific is at the forefront of these changes.  Tragically, Australia is ranked last for climate action amongst United Nations members. By refusing to reduce climate pollution, our government is directly threatening the lives, livelihoods and cultures of our Pacific neighbours. 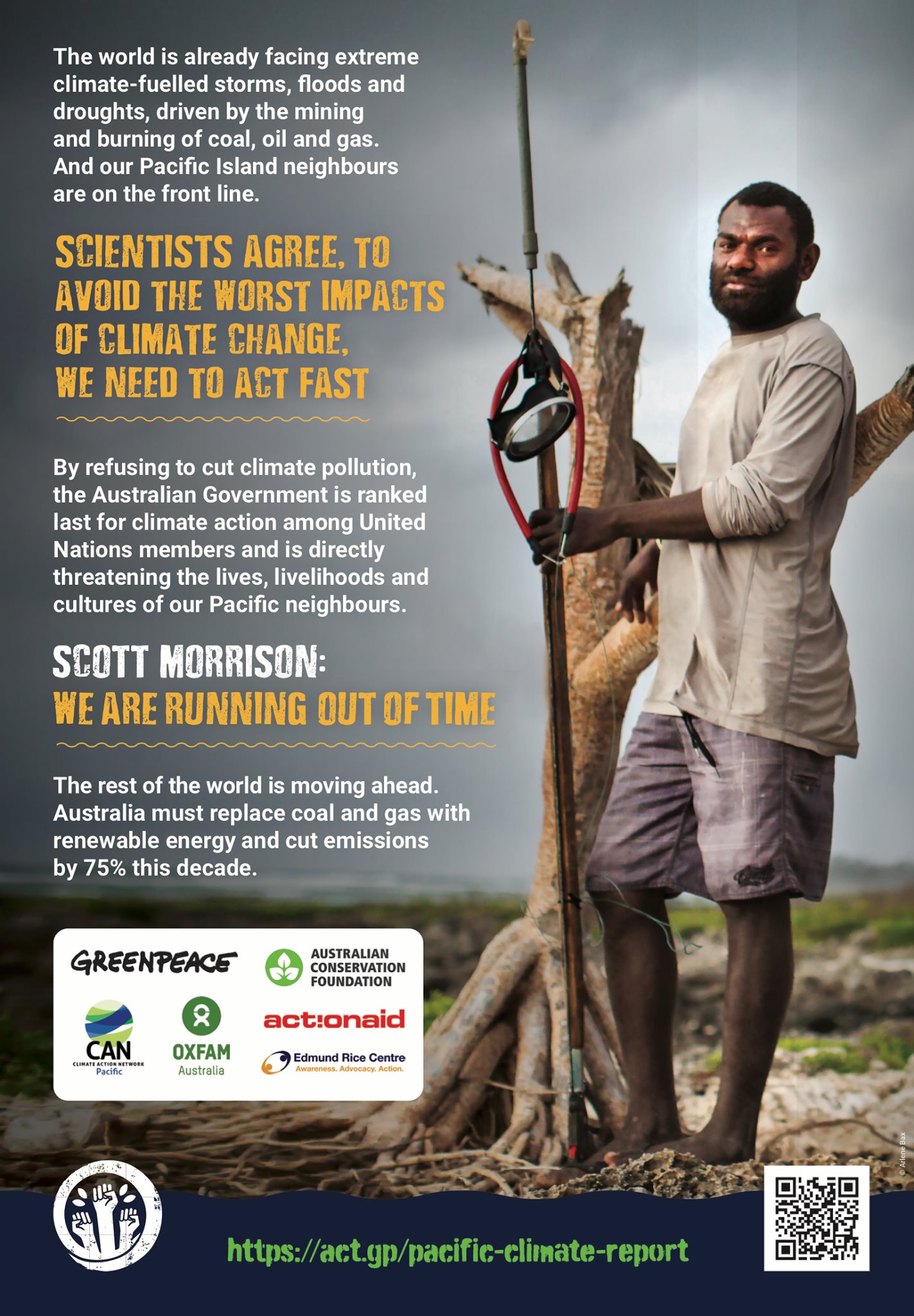 With less than 3 months to go until this year's United Nations Climate Conference (COP26), the Edmund Rice Centre, along with other organisations, has published a full page advertisement in the Sydney Morning Herald to raise the plight of the Pacific.

As we countdown to COP26, today kickstarts our campaign to maximise pressure on our Federal Government to stop funding new coal and gas projects and reduce climate pollution by 75% by 2030.

In coming weeks, we will be calling on your help to take action ahead of COP26 and maximise pressure on our Federal Government.

The latest IPCC report may be our final warning. Climate change is here, now. But we too are here, now. And if we don't act, who will?