Forming partnerships with others is a key part of our work to promote justice for Indigenous peoples and Reconciliation.

ANTaR was one of the first projects of the Edmund Rice Centre. The organisation was formed in 1997 in response to the Howard Government's 10-Point Plan to extinguish Native Title rights.

ANTaR is dedicated to promoting the rights - and overcoming the disadvantage - of Aboriginal and Torres Strait Islander people. This is done through lobbying, public campaigns and advocacy. There is a strong focus on raising awareness among non-Indigenous Australians about the injustices faced by Indigenous people.

The Sea of Hands was preceded by a petition, the Citizens Statement on Native Title, which was authored by Phil Glendenning and launched in 1997 by Charles Perkins. Recognising that petitions rarely have much impact, the organisers sought a way of producing a more effective and lasting result. Australian Artists Against Racism (AAAR) developed the idea of coloured hands in the colours of the Aboriginal and Torres Strait Islander flags and the name 'Sea of Hands' was also conceived at this time.

The first Sea of Hands was staged in October 1997 - 70,000 coloured hands were displayed in front of Parliament House in Canberra. Six weeks later, the Sea of Hands returned, this time with 120,000 hands to launch a blueprint for a co-existence to Native Title.

The Sea of Hands was displayed in every major city and many regional locations across Australia. Many local reconciliation and community groups staged small Sea of Hands events. 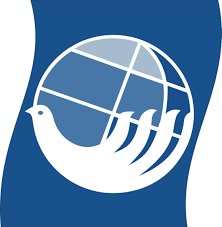