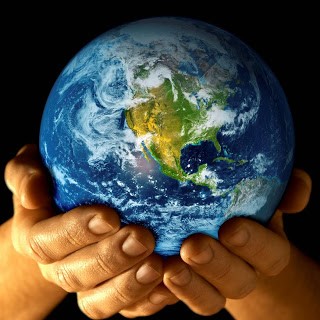 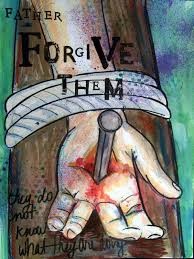 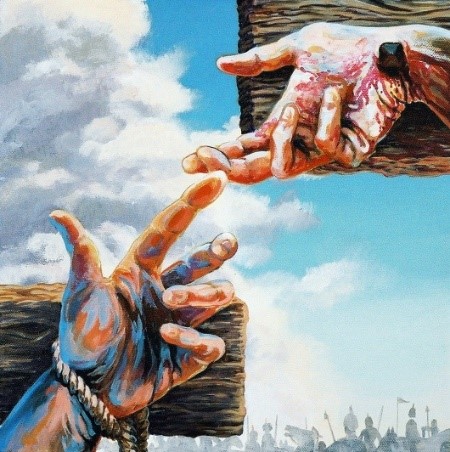 The imperialistic-sounding title of the final Sunday of the liturgical church year, ‘Christ the King’ or ‘Reign of Christ,’ can give a false impression. A shallow engagement with this liturgical day could leave one with the interpretation that Christians celebrate Christ as an imperialistic ruler analogous to some leaders of countries. The actual historic impulses of this liturgical day could not be further from such an imperialistic interpretation. The liturgical day of ‘Christ the King’ is meant to upend imperialistic visions of leadership as were evident when this solemnity was proclaimed in the form of people such as Benito Mussolini, Adolf Hitler and others. With the rise of people like Donald Trump and other similar leaders, this solemnity is most necessary. It runs counter to the impulses of empire where Christ’s reign is not about domination but is about a transformation of the world. This solemnity challenges any attempt to make Jesus into one who supports empire or a prosperity gospel. This solemnity critiques every institution that is more concerned with looks than with right; more concerned with survival and maintenance than care and protection of God’s people and Mother Earth. There is a radical opposition between the power of domination and coercion and the power of service.

If Jesus is the image of God, what do we see in this today picture in the gospel? There is nothing triumphal in this image. He is located on a cross between two prisoners. Even in death, Jesus is surrounded by excluded and despised people. He reveals, not power, exclusion and vengeance but liberation, forgiveness and reconciliation. The umbrella term is ‘mercy’ or ‘loving kindness’. God’s loves comes into people’s lives through serving, healing, and doing justice – all alien concepts to many institutions and corporations.

The figure on the cross is God’s answer to how we are seen by a God who cares who for us; embraces us; keeps coming to gather us – even when others dismiss, forsake or distance themselves from us. Colossians 1:12 states that all can claim full rights as God’s sons and daughters and be confident that God is in our midst. The Song of Mary too is a song about a God who sides with the marginalised and in unexpected ways. It affirms that the marginal ones are at the centre, as has Pope Francis at the recent Pan-Amazon Synod of Bishops with the respect to the peoples of the Amazon basin. Paul and Luke through Mary affirm that social transformation is possible; that God sees more in us than others or we ourselves. We are all sons and daughters of God and having full rights, we also have full rights to answer God’s call to play an important role in the work of gathering and reconciliation, ‘Through Christ, God was pleased to reconcile to himself all things, whether on earth or in heaven, by making peace through the blood of his cross’ (1:20). It’s that ‘all’ that that can be disturbing. It includes the convicted criminal and any one we might wish to avoid. Jesus wants us to go against the tide by showing us that peace is possible. It takes work - it is something we receive through friendships with our enemies. It is about being drawn, more and more, into friendships, and finding companions, even among hated enemies.

Jesus died as he lived by using nonviolence to implement God’s reign. This is something alien to the powerful nations when we watch how countries in Latin America and the Middle East are threatened by the USA and NATO countries. It should prompt us to reflect on the manufactures and proliferation of arms; the inequitable distribution of the world’s resources; the depletion and destruction of God’s earth given to us to care for. On a more personal level, it should prompt us to see that when we ignore or neglect or dismiss another, we lose another opportunity to extend God’s reign of sympathy and compassion. In the gospel, the ‘leaders’ are not only opposed to Jesus but scoff and mock him, ‘He saved others; let him save himself if he is the Messiah of God, his chosen one!’  The temptation is again, Jesus look after yourself. We have leaders in Australia and in the USA who mock others (people living with disability, poor, asylum seekers, unemployed) and promote injustice. However, there are Christians who fail to live out their vocations if silent, inert, or support injustice. Even from the cross, Jesus confronts the leaders when he turns to the vulnerable one alongside him. Jesus declares ultimate protection for this outsider when he is promised paradise. Jesus confronts the unjust leaders when he promises solidarity with the outsider: ‘you will be with me.’  There are leaders who make promises antithetical to those of Jesus when they promise to deport neighbours based on their religious identity or race; who objectify women; who promise tax breaks to the wealthiest at the expense of the most vulnerable.

So, we are called to be in sympathy with God’s purposes - the way of Jesus. We cannot truly form community that extends God’s reign on earth if we do not pass on God’s sympathy/compassion/nonviolent engagement with people. No amount of faith, orthodoxy, and prayer can replace the call to gather people into our circle and proclaim God’s reign among us. Christ makes friends with the wrong people, and that is our call if we want to extend the peace of Christ’s coming reign

The gospel opens up for us two responses. Prompted by the inscription above his head on the cross, Jesus was taunted by some: If you are the King of the Jews, save yourself!’ In other words, ‘Real kings take care of themselves first.’ The response is that of one who responds to these taunts by taking care of someone else. It shows us leadership from a different perspective where the emphasis is on relationship characterised by service, not domination; where the focus is on those who have no power, those who are on the margins of society, those whom others prefer to ignore. For some saving themselves might be expressed in how we close the doors of our hearts and homes to the poor and hungry and homeless; close our borders to people seeking asylum; shut our eyes to the consequences of relying on the military-industrial complex and the fossil fuel industry which ravish poor nations. For others saving themselves reflects the change of heart that focuses on ‘the other’, who sees the sees and responds with humanity and real care.  This is the position that the second man on the cross came to and who holds out hope to us. He shows us how God’s reign can be known and experienced if our gaze is on Christ and not on one-self.  From the cross, he gained a new perspective – that he was free to be authentic, to see the big picture and know God’s love.

For the early Christians, and for us, following Jesus is a ‘game-changer’. The image of Jesus on the cross images for us the expansiveness of God’s love. In the second reading we have a vision of the spaciousness of the God in whom we can place our trust. Though we may feel overwhelmed with the seemingly insolvable problems before us: war, hunger, poverty, and damage to the environment, as well as the ‘small,’ personal disasters of our lives (never small to us), we find here the roots of our hope: God in Christ is at work in the world, in the whole universe, and not just in our churches or our individual lives. Part of that hope is that people are participating in that work. We express it when we commit to the one who calls us to make choices away from injustice, alienation, loneliness and death to those that lead to the ‘fair go’, to deeper and respectful relationships, inclusiveness. Our view is expanded.  It means that we share bread. It means that we move our bodies to the places of power and demand freedom for others. It means loving without counting the cost of its impact upon us. It means that our view extends beyond racial, tribal, or national concerns that are sectarian, closed and exclusive. It means that we try to see things from the bottom up rather than top down which allows us to empathise with the struggles of others. On a grand scale, that is what was attempted at the Pan-Amazon Synod last October.

Director of Missionaries of the Sacred Heart Justice and Peace Centre, Erskineville, NSW