It would be a mistake to say that the Edmund Rice Centre and its colourful director Phil Glendenning choose to live dangerously. Yet, given Phil’s habit of turning up in some of the world’s trouble spots - Iraq, Syria, Afghanistan, Sri Lanka, Turkey and more latterly Kiribati and Tuvalu – it is self- evident that the down home tea and biscuits atmosphere of  Edmund Rice in Sydney’s West, belies the fierce sense of social justice that lies at the heart of its philosophy. 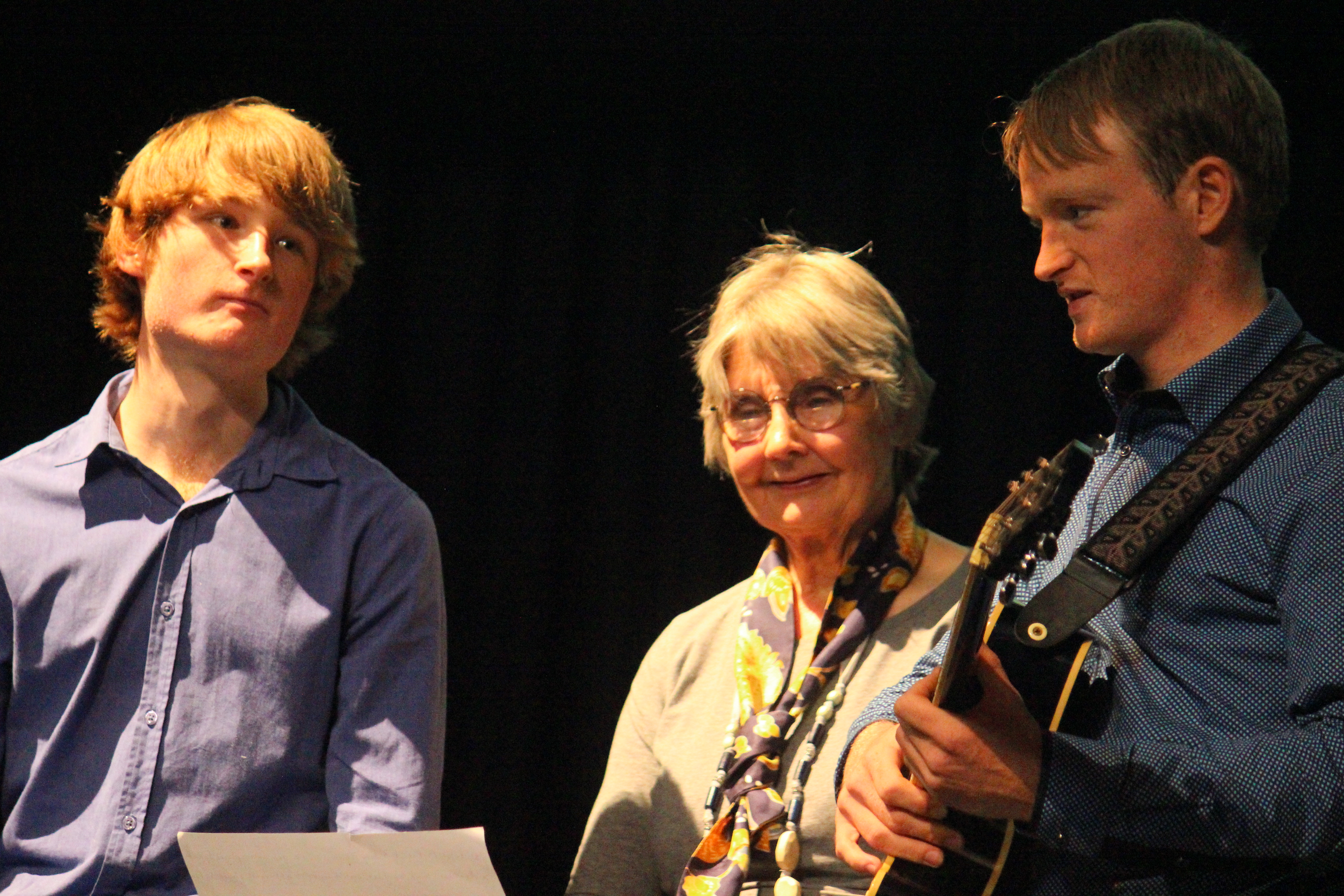 It was a little over a year ago that I found myself reading a poem and sharing a stage with two young guitarists at the Southern Cross Catholic Vocational Collage, Burwood. It was an Edmund Rice event in keeping with its Justice and Community Education program. The student audience ranged from years nine, ten and eleven. The performers included journalists, writers, singers, educationalists and Phil himself who closed the show to riotous applause with his own rock band.

Not long before that it was Phil was adding his voice to, “We’re Better than This – WBTT”, an on line Campaign to get Children out of Detention featuring well known personalities from a range of backgrounds;  everyone from Tom Keneally, to Elizabeth Evatt to Gillian Triggs sang the song “We’re better than this to the consternation of the then Minister for Immigration.

It was a far cry from my first encounter with Edmund Rice back in 2001 when my friend Jacquie Everitt and I, two middle aged women from the Eastern suburbs found our way to the Edmund Rice Centre to talk refugees. Appalled by the government policy of imprisoning asylum seekers who had committed no crime Jacquie and I were bent on stopping the deportation of a six year old boy from Villawood.  He and his family had been caught up in the fires and riots in the desert camp of Woomera. The boy’s system had shut down.  The barrister and lawyer working pro bono had tasked us with finding out what was happening in the other detention centres. Detention was far worse than either of us had imagined. Some children were on their own, without parents, without relatives, with no adult carer they were simply labelled, “Unaccompanied minors” and forgotten. In Curtin, a Western Australian desert camp asylum seekers were housed in a disused aircraft base, living in containers in third world conditions. Scorching temperatures, red dirt, flies and black snakes were part of the scene. A family of four in Port Hedland was kept in solitary confinement for seven months.  Discovering detention was like lifting a rock in your garden and finding something black and poisonous underneath. You could either pick up the rock or let it lie. What we learned at Edmund Rice was that they had already picked it up.  A welcome mat was laid out, the door was open, the jug was on and refugees would be cooking sausages at the Christmas party.  Jacquie and I were not alone in our quest. That was the beginning of my association with Edmund Rice.

It was at Edmund Rice that I met former missionary Sister Aileen Crowe. She was buried beneath a mountain of Immigration documents working in a small cottage part of but separate from the main Edmund Rice dwelling in Homebush. Aileen was taking the refugee argument right to the top, lobbying politicians and church elders to do something positive to alleviate the refugee suffering.  She was walking them through the bureaucratic minefield of protection applications, listening while they tearfully recounted why they had left their beloved homeland, petitioning Immigration for work rights. And if by some miracle work rights were granted. Aileen would look after their babies while they went for a job.

It was at Edmund Rice Centre that I met the indomitable octogenarian Sister Carmel Levy who, aided and abetted by Sister Mary Britt, convened a group of like- minded individuals, to record the fate of people refused refuge in Australia. Volunteers led by Phil were corralled and dispatched to countries like Afghanistan, Iran and Syria with not much more than their passion for justice to sustain them.  Encounters with AK-47 and recurring bouts of PTSD were brushed aside back in Australia and it wasn’t long before Phil was back in Afghanistan making a film.

“A Well Founded Fear” was shot in icy conditions in and around Kabul. It was a film that stamped an indelible human face to the government policies. It was a film that showed a grief stricken father who lost two small daughters to a bomb and an elderly mother tramping through the snow in search of a son returned from Nauru. It was a film that brought tears and shame to the eyes of the beholder. It was a film that history will record as a black period in the Australian story. As will Sister Carmel’s, “Deported to Danger Report”. Thirty dead in Afghanistan, nine in Sri Lanka, two in Iran. Impossible to say how many people died in Iraq after being sent back.

As for the small boy in Villawood all those years ago it was Sister Aileen who raised money for the boy and his family to pay rent when the Court case succeeded.  It was Jacquie Everitt who took the Immigration Department to Court, with the compensation gained the family were able to start a new life.  But it’s also people at Edmund Rice that give its character. People like Carmel, Marisa. Daphne and others too numerous to mention who keep the wheels turning. It’s  events like Justice through the Arts, its tea and sympathy, it’ sleeves rolled up, it’s the fierce sense of social justice shared by all that light the lamps at 15 Henley Road, Homebush West. Happy twenty-first birthday.

Ngareta Rossell is a freelance journalist who has published in all major metropolitan dailies and magazines on both general and travel articles. She began working with refugees in 2001 after having visited the Villawood detention centre and witnessing the distress of asylum seekers, especially children locked up indefinitely.