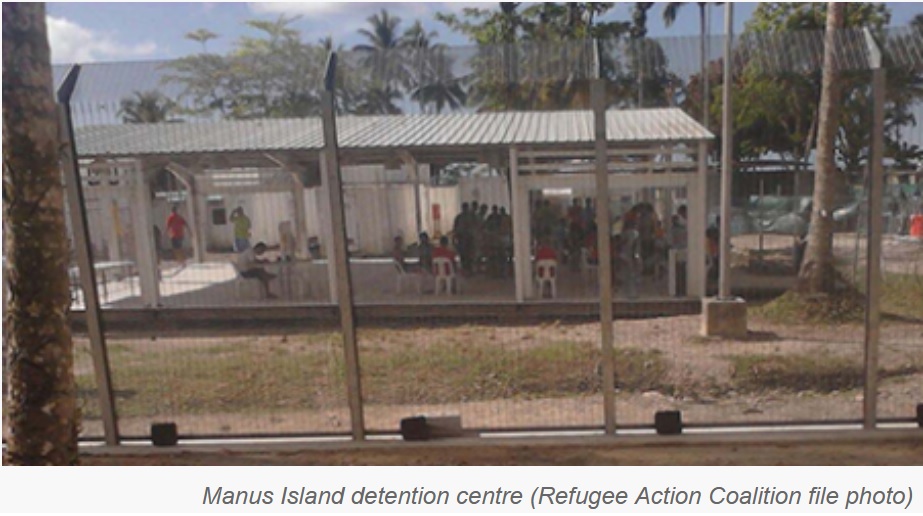 Port Moresby: The Catholic Bishops Conference (CBC) of Papua New Guinea and Solomon Islands has released an open letter to the Australian Parliament regarding their inability to resettle Manus/Nauru Asylum seekers and refugees.

The letter was presented by General Secretary of CBCPNGSI, Fr Giorgio Licini PIME, during a press conference held at 11am on Monday 19th July 2021, at the CBC headquarters in Gordons. Panellists for the conference also included Migrants & Refugee Desk Director, Mr Jason Siwat, and Sr Mary McCarthy, Voluntary worker and Chaplain of POM General Hospital. 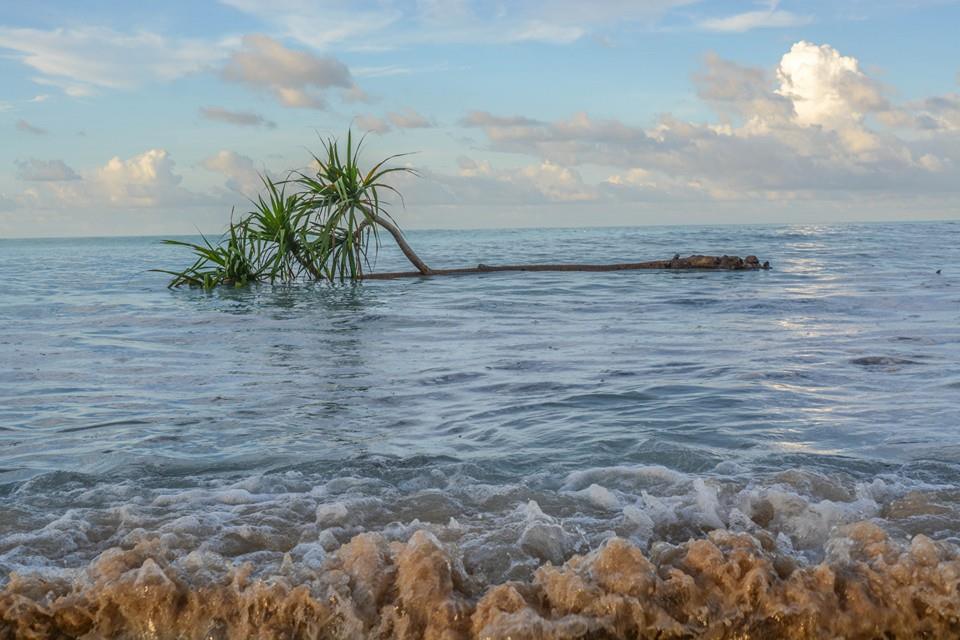 Several leading Australian and Pacific not-for-profit organisations, including the Edmund Rice Centre, have jointly called on Australian Prime Minister Scott Morrison today to step up Australia’s climate action targets ahead of the Biden Climate Summit to be held on 22 April.

The organisations, also including the Pacific Conference of Churches, Oxfam Australia, Greenpeace Australia Pacific and the Climate Council, commissioned a full-page advertisement in the Australian Financial Review (AFR) urging Mr Morrison to ensure that Australian “emissions plummet to well below half of their current levels this decade”. 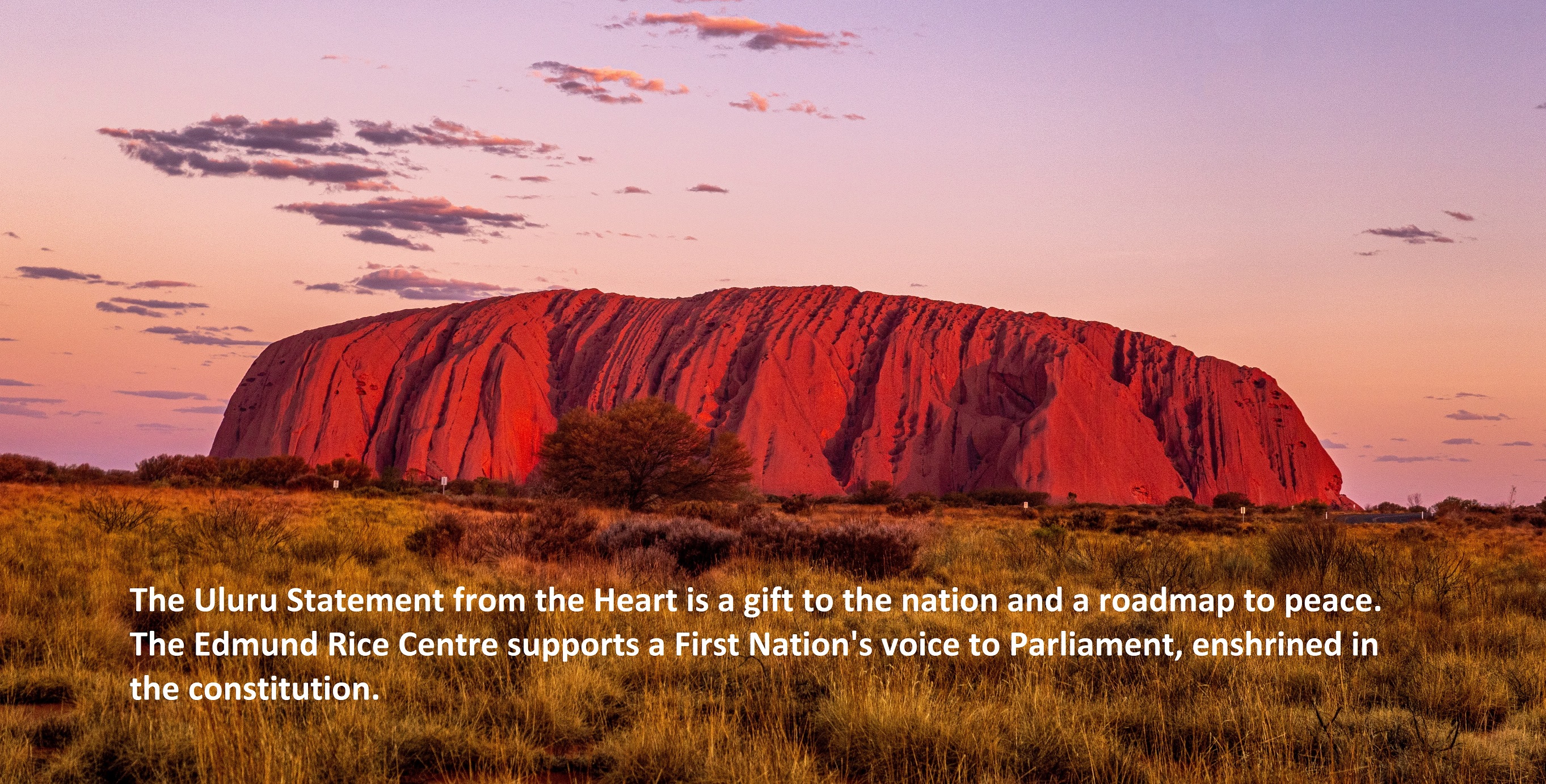 It’s time for all communities to speak up for indigenous voice and dignity!

We are living in a time when so many societal injustices are being named and addressed in an effort to set right the underlying problems and preconceptions that sustain them. In many ways this is exciting and gives us hope for a better society. And yet time and again our nation has passed up on opportunities to take the first structural step to set right the injustices against the original peoples of these lands which today we call Australia. 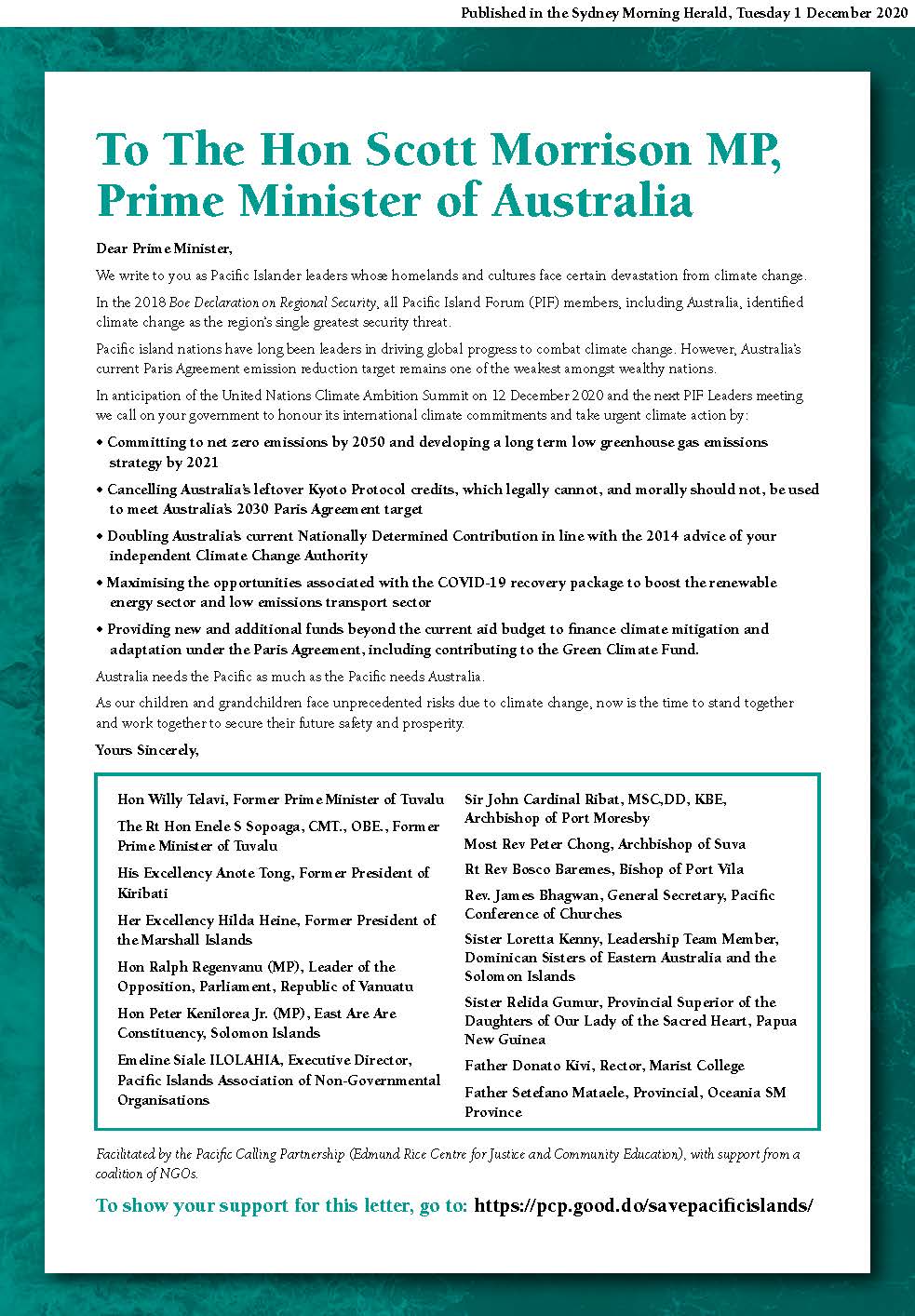 Political and religious leaders in Australia have come out in strong support of today’s Open Letter from fifteen Pacific leaders to Prime Minister Scott Morrison, asking him to take urgent climate action ahead of the United Nations (UN) Climate Ambition Summit on 12 December 2020. 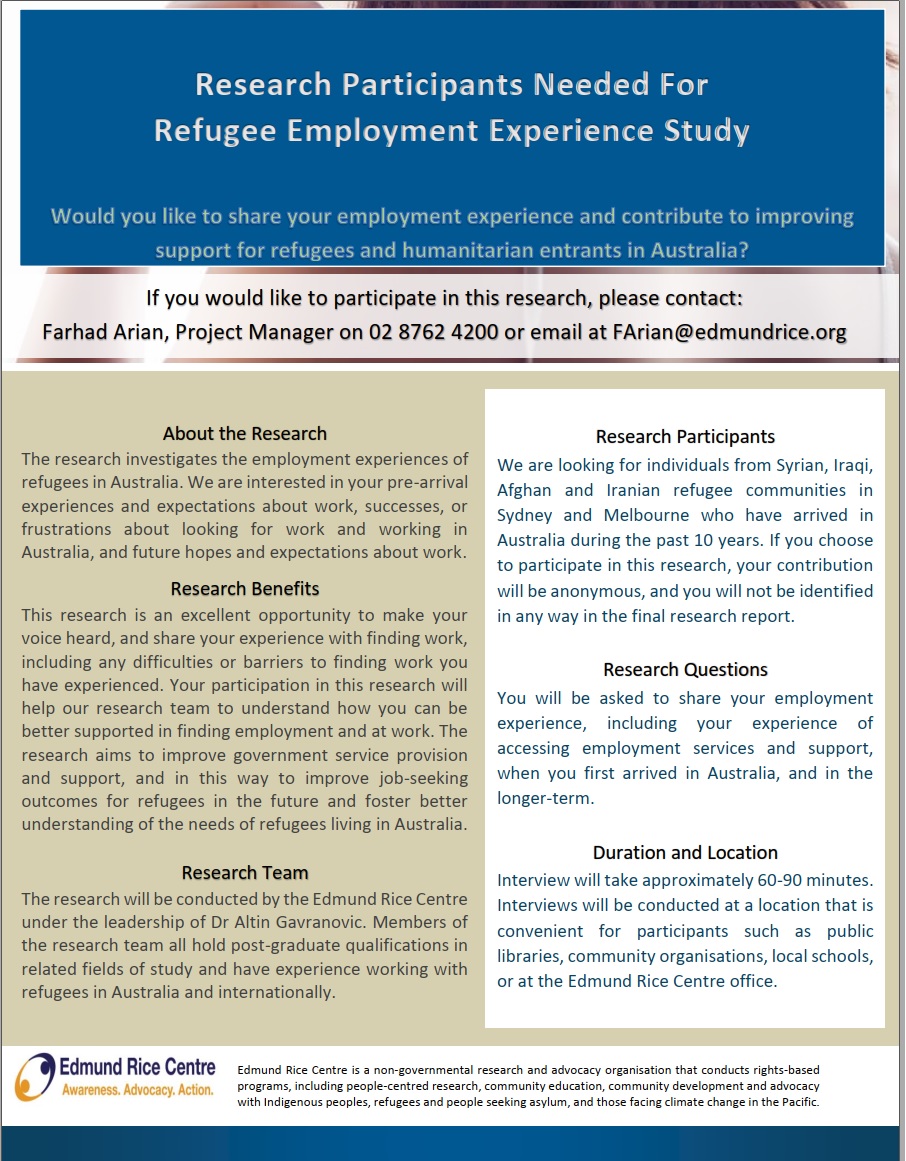 Would you like to share your employment experience and contribute to improving support for refugees and humanitarian entrants in Australia? We are looking for individuals from Syrian, Iraqi, Afghan and Iranian refugee communities in Sydney and Melbourne who have arrived in Australia during the past 10 years. If you choose to participate in this research, your contribution will be anonymous, and you will not be identified in any way in the final research report.

Please click the links to download the Refugee Participants Employment Experience Study Flyers in English, Arabic, or Farsi and Dari.