Thirty Second Sunday of the Year

Luke provides another encounter between Jesus and those who oppose him. Those who say there is no resurrection question Jesus about it.  We sense the deceit which is an attempt at entrapment. Jesus responds not by explaining the resurrection of life after death but about our identity as ‘children of the resurrection.’ It is about how we live here and now; it is about an alternative way of living this life. God is God of the living, and to God, ‘all are alive. Luke us not speculating about the living and the dead in a vague future but is concerned as who is ‘dead’ or ‘alive’ now!

We can all write a chapter in God’s ongoing story of justice, healing, and renewal.  Our Judeo-Christian tradition reflects the consciousness of the poor and oppressed as expressed as a ‘preferential option for the poor.’ This tradition is good news in a culture that often despises poor people, oppresses the world’s impoverished majority, spins the news that ignore the poor and reflects a decided ‘preferential option for the wealthy and privileged.’

Jesus’ encounter with the Sadducees gave him an opening to deal with the implicit violence against a woman. She is exposed as being barren and worthless seven times over and is used as a trump card to entrap Jesus in a debate about what the Sadducees considered the preposterous notion of resurrection. The emphasis is on her being barren. It is the violence of anonymity. The call to love and relationship characteristic of God’s reign was absent.

Jesus responds with a conundrum or challenge rather than a direct answer by contrasting the children of this and the coming age. This age was prioritised a narrow worldview where the prolongation of family and fortune involved seven brothers using a woman as an instrument of procreation where each inherited her for their benefit. Jesus shows that in the resurrection, life is not about oppression (for women or anyone), or possession by another, but being a child of God. The God of Jesus embraces all of us – even those who are not defined by having a husband. ‘All who hear my words and do them are my family.’  We are not heirs of a defunct patriarchy but children of the Resurrection. It is about ‘being alive’ and doing life differently. Every act of mercy, compassion, and solidarity with the most vulnerable matter and manifest God’s life. Jesus constantly invites us to imagine our life in times where we are headed. It means not seeing human love as objectified or utilitarian but as the infinite value of reinvites us to open our imaginations to understand life in terms of where we are headed. Rather than depreciate human love or see it as utilitarian, he invites us to perceive the infinite value of every relationship. Pope Francis, (in Fratelli tutti, 87) says, ‘Life exists where there is bonding, communion, fraternity; and life is stronger than death when it is built on true relationships and bonds of fidelity.’

Rejection of resurrection was less about theology and more about maintaining power and the status quo. The Sadducees, who collaborated with the Romans, feared that belief in the resurrection would embolden people to resort to revolution, resistance, and violence more readily if they did not fear death. Attempts to revolt against Rome was followed by extreme brutality. This is the context of Jesus’ warning against following violent leaders who looked to end of Roman rule. ‘Do not be afraid of those who kill the body but cannot kill the soul. But fear the one who is able to destroy both the soul and body in Gehenna.’ The Maccabees were not concerned about their bodies if they stayed faithful. Unlike the Maccabees, Jesus told his followers to fear the complete annihilation of their entire world by Rome if they resorted to violent resistance in Jerusalem. Jesus’ concern was the survival and liberation of his people. His call was to nonviolent forms of resistance that overcame oppression through the transformation of society and give the greatest possibility of living to enjoy the liberation achieved. Though nonviolent action may fail, or not always succeed, violence would always be catastrophic.

Though we do not speak about hell much today, whatever it is, it must have something to do with acknowledging our power, our choice, to say no to God and to all creation; that our choices can create hell for many people. We saw it in the Holocaust, Cambodian and Armenian genocides, the Russian invasion of Ukraine, possible ill-treatment of people in prison as two Australian states refused to cooperate with a UN OPCAT (Optional Protocol to the Convention against Torture) team, the killing of children in schools, and so many other places. Our choices have meaning and value. A selective reading of the scriptures always provide excuses from living the ‘resurrection’ now and heeding the prophetic call to justice, to hospitality, to engaging effectively with people at the margins. They begin daily as we choose to love others or isolate ourselves or allow our consciences to be numbed and blinded to ‘Lazarus at the gate’ or the walls we create. Jesus’ encounter with the Sadducees, as with power groups, is an attempt to liberate them from assumptions that imprison them and leave them dead rather than being open to the life offered by God. Irrespective of violence and hard times, joy is still available, not from the circumstances, but from our relationships.  We don't need specific outcomes. We need each other. What we do is seen through the lens of God’s reign. It is about the long haul rather than immediate outcomes. It takes courage and faith to live an alternative set of values and practices from the people around us as we strive for a better world even though we may never see the final outcome. The late Vaclav Havel, said that ‘Hope …….is not the conviction that something will turn out well, but the certainty that something makes sense regardless of how it turns out.’

Walter Brueggemann says, ‘They (Jesus’ opponents) sense, as Jesus surely knows, that resurrection is a dangerous business. It is less about a dead person coming to life but the belief in God’s power for life that moves into all our arrangements, shatters all our categories by which we manage, control and administer. It speaks about God’s will for new life working where we thought our tired deathliness would prevail.  And the Sadducees please; Please tell us that such life will not come among us.’ (The Threat of Life: Sermons on Pain, Power and Weakness Minneapolis: Augsburg Fortress Press, 1996, pp. 146-147)

Thornton Wilder in The Bridge of San Luis Rey, says, ‘There is a land of the living and land of the dead and the bridge is love, the only survival, the only meaning.’ He is saying that love is the great intangible which is impervious to change or decay. It transcends what our senses can see. Love connects us to a world beyond our sight but not beyond our hearts. Resurrection is about doing life differently for ourselves and for others. Its power is utterly new and transforming. It is a about committing ourselves to God and living in such a way that this relationship surpasses any other relationship and infuses every relationship that we have. ‘God is not God of the dead but of the living’. This is the central focus and challenge of the Gospel – the call to peace, to justice. Resurrection is focusing on God’s power and faithfulness in the face of every negation, including death. Resurrection is to be lived now. It involves justice. It involves action to overcome the oppressive forces and structures in society. It means eyes opened, hearts broken open to our sisters and  brothers - the poor and neglected, the anonymous and voiceless ones.

Engagement in our world in the areas of human rights, peace with justice, ending hunger, freedom for refugees, equality for minorities, respect for people from different ethnic or religious backgrounds flows from the belief that God is God of the living and not of the dead – a God revealed in people who are engaged in faithful actions for a just, loving, compassionate and sustainable world. And we recall, that ‘our faith must make it harder, not easier, to ignore the plight of our sisters and brothers’ (Robin Meyers, Underground Church)

Jesus’ vision of a new community, a new humanity and a new way of relating is confirmed in Paul’s letter to the Thessalonians. God intends the liberation of the whole human community, all of Creation, in a new Peace.

As we ponder Jesus’ confrontation with the Sadducees regarding life, we must ask ourselves, ‘Do I really believe in resurrection?’ Our response points to the way live today. It is answered in the ordering of our loves. Who or what is our true love? Do we find our loves fulfilled in the living God or in the promises of this world?  Does this include those that others shun? Vilify? Demonise? Neglect? We show by our relationships, our solidarity, our engagement in faithful actions for a just, loving, compassion and sustainable world. We are challenged to become a people of life, of the living God. Resurrection is where God is—across generations, across circumstances.

With wisdom to accept

the past and the courage to work for the future,

grant us today compassion for those who reject transformation,

and patience for those who are not ready to face and embrace change.

Challenge us to develop integrity in all of our relations

until your presence and love may be manifested

across barriers of time and difference. 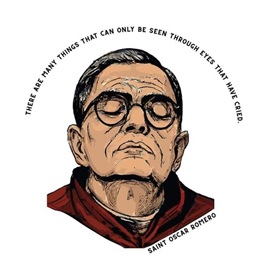