Fifth Sunday of the Year

Today, in Luke we see ordinary and frail people making space for Jesus so as to make possible the occurrence of the unexpected and remarkable within daily life. The setting by the lake seems to be a place of central gathering with Jesus among them. An ordinary fisherman provides his boat for Jesus to use as a platform to share God’s word with Jesus first listening and then responding to the peoples’ desires and needs. Simon Peter played a key role in co-creating a space for the extraordinary to manifest itself in the ordinary.

We are invited to find ourselves in Luke’s story about Peter and friends. Though all the readings refer to weakness, vulnerability and even sinfulness they are not seen negatively. Despite inadequacy and sinfulness, our little faith and tiny hopes can grow into extraordinary and miraculously realistic expectations. The readings make a case for emptiness. Leonard Cohen: ‘There’s a crack in everything. That’s how the light gets in.’  But it will be a tough sell in a culture where, as Richard Rohr says, ‘We are consumers and capitalists by training and by habit’ because the sun rises and sets on our productivity, how full our calendars, closets, and bank accounts are. From an early age, we have learned to fill emptiness by whatever means necessary, erase space, and avoid the void.

In today’s gospel, we encounter Jesus’ radical message of justice or right relationship and of the abundance that results for all by accepting his insights. A more significant miracle’ than the ‘miraculous’ catch of fish, is the profound change in consciousness from attitudes based on fear and guilt to a view inspired by love and forgiveness. Now, more and more, fear and guilt are governing our lives arising from the Covid-19 pandemic, fear of vulnerable people coming from across the seas because we have benefited from the invasion of this land, fear of the Chinese, Russians, Iranians, the Taliban, ISIS, Muslims, climate change, nuclear holocaust, poverty, and death. The stock response often includes denial and violence which is expressed in the form of war, more punitive laws, sanctions, walls, prisons, weapons, as well as unlimited consumerism where drown in our own waste.  The gospel response is often met with ‘unrealistic,’ ‘impractical,’ ‘inexperienced,’ too idealistic’ even though ‘realistic’ thinking ‘threatens more war even bringing us to the brink of extinction. ‘Practicality’ and realism resulted in the invasion of Iraq which impacted many other countries, resulted in terrorism, the Earth on fire, hunger, and famine despite great wastage of food, people who are houseless, wealth disparity, threat of nuclear war and more and more people who are poor, mentally ill and Indigenous people being incarcerated. The gospel of Jesus, and the witness of his followers answers these threats with love and forgiveness. It means realising in action what Pope Francis reminds us of that we are sisters and brothers. The great miracle would be to see others as one rather than other, separate or apart. There is really only one of us and anyone who we demonise is also us. This is Jesus’ teaching about love of neighbour. Our neighbour is our self. To hate or kill our neighbour is to hate ourselves. It is a form of suicide. We are being called to be radical. Following Jesus means love and forgiveness as also expressed in Jesus words last week as well. It means acknowledging the sins of genocide, theft, murder of First Nations people. It means distribution of wealth. It means housing of all. It is the heart of our faith. It is Jesus’ agenda.

Jesus invites us into God’s embrace. No one is excluded. And the extraordinary news is that this loving and caring God wants us to make that love and care present and incarnate in our lives.  We cannot miss this message if we truly listen. The readings contain the story of God’s call – to different people, in different periods, in different places and circumstances and of different social backgrounds. Today’s gospel is often manipulated and linked to Matthias’ being chosen to replace Judas in the Acts of the Apostles. Both stories have been used along with others to justify male leadership in the church and an all-male priesthood as if instituted by Jesus. Luke names the men in the story of Acts 1:12 – 26 and only men in today’s Gospel. Yet, he also says in Acts 1:14: ‘All of these were constantly devoting themselves to prayer, together with certain women, including Mary the mother of Jesus, as well as his brothers.’ This line is often overlooked in this story.  Church leadership is seen as a place of prayer, listening, attending to the needs of the community, and then responding.

When called to continue Jesus’ work of proclaiming the Good News, we might offer excuses as did Isaiah, Paul, and Simon Peter. God sends Jesus to us telling us to ‘put out into deep water’ – to move in a new, and frightening, direction where we see the other as connected with oneself. It might come via another person, a sermon, a book, a television programme, or a news item. It might also come via a negative experience – failure, rejection, falling into a sin, or recognition that we are addicted to drugs or drink or power. We each have our deep water to put out into. It might be reconciliation with someone we have refused to speak to, to open our eyes to how we have failed First Nations people around the world, to begin working with the poor, getting involved in community activity, to do further study or even move to deeper forms of prayer. We may raise objections as did Simon Peter: ‘we have toiled all night,’ ‘what will happen if…,’ ‘we tried this before and it didn’t work,’ and so on. But we do it anyway as did the waiters at Cana when told to fill the water jars for Jesus.

Opening ourselves to God’s love, being caught up in God’s net, will bring change in us. It has nothing do with perfection, adequacy or being worthy. Each one of us is called to ‘put out into the deep for a catch’ – that’s all. We are ‘living on the prophetic edge’, as Edwina Gateley writes, where we are put in the position to learn to see and look for the hidden and the lost and carry within ourselves a vision of peace, justice, and transformation. It is by entering into those deep waters that we discover the riches and beauty hidden below the surface of our lives and the lives of others. It is about discovering the sacred in the everyday and that can happen at the local bus stop, commuting on trains and buses, shopping aisles and in our homes.  Gately tells of the mole, a small blind furry underground creature, that has developed a strong sense of smell. It can sniff out rain and sunshine. It can make its way anywhere even in the dark. Maybe we are also called to be like that mole. To be in the world, sniffing in the darkness of sin and injustice to find people who are unloved and unwanted and bring them into God’s embrace by our presence-our closeness, compassion, and tenderness’ (Pope Francis). This is fishing for people. Caring for people and making growth possible. The church has not always been good in welcoming people – ‘sinners’ – people who do not fit in with its strict expectations. How many people have been hurt, embarrassed and angered at the condemnations that caused so many to leave the community and not share in the Eucharistic table? So many excluded from ministry because of their gender, their social status or sexual orientation. Pope Francis reminds us that that we need to stay close to Jesus who came to seek out those who do not always make and bring them home.

Let us companion Jesus. We do not know where it will lead but hope that change will come to our world when we proclaim the good news of God’s unending, inclusive and unconditional love. Jesus showed this by loving his enemies, those who tortured him and put him to death. This is the power of love that reaches out and touches those who hurt us, even those who oppose us and who do not think and act as we would. This is the love that changes the world.  Some of our efforts may not always produce much in the way of results, like fishing all night, but Jesus enters our world and tells us to go into deeper waters and cast our nets. We find that the abundance results from following the Jesus who prioritises ‘good news to the poor.’  We might find that the abundance percolates up from the poor rather than trickle down from the elite. 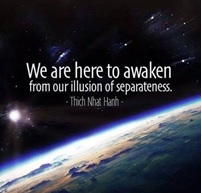