Solemnity of All Saints Day

Five years ago I had the good fortune to discover Nadia Bolz-Weber and her book, Accidental Saints: Finding God in all the Wrong People, a collection of stories how flawed and broken and failing people can catch the light of grace and the beauty of God. The ‘saints’ she lives and worships with are the awkward parishioner with the bad breath and baggy pants she avoided at her church, the pink-haired teenager she sat beside on a plane ride to a Lutheran youth gathering, the bishop she pastored through the death of his wife who later killed a woman whilst driving drunk. These people remind her of the people Jesus surrounded himself.

Pope Francis has also held up unlikely people like Dorothy Day and Thomas Merton as inspiring figures for us. It was not strength of character or unblemished moral character or standing head and shoulders above ordinary people that makes them saints. They were people who turned life inside out because of their relationship to God and others. They were not always understood and often resented because what they did and said was considered nonsense.

Today, we do not celebrate an elite group of people who lived extraordinary lives which set them apart from the many, but ordinary people like us and the transformation that is possible in our lives and our world. It stresses active love and compassion, ‘a revolution of tenderness’ (Pope Francis) as being necessary for a follower of Jesus. It means, in the words of Micah, ‘to act justly, love tenderly and walk humbly with God on this earth’ which involves striving in humility and compassion: to comfort those who mourn; to thirst for justice; to open our hearts in such a way as to see God in all around us; to be peacemakers and to persevere in the face of suffering.

People come into our lives and stand out in our memories as people who were there when we needed them. They may not have been people we would go to first. But they have, like an anonymous helper along the road, been ‘like an angel’ for a period of time. Bolz-Weber’s book, and the Church, is calling us to think broadly and inclusively as we remember ‘all saints’ – people who are everywhere quietly at work, some known but many unknown or acknowledged. They may be living or dead, queer or straight, celibate or married, even been in irregular relationships, and come from different social (the homeless and poor) and ethnic groups. We meet them in school, on our streets, in church, in trains, in shops or around a meal. We find them headless in Herod's dining room; shot like Archbishop Romero at the altar of a convent, or murdered by a system like Martin Luther King Jr at a Memphis motel, or as assassinated lawyers, human rights defenders in the Philippines and the Amazon region. Many are red-tagged and vilified and threatened for their peace work. They struggled to bring justice to those ground down by unjust systems. And their dedication can lead imprisonment, harassment, assault and even death. They have switched on lights for us, helped us to see things differently, shown us that we can be different, and make this world a little better than we found it. They carry on when they would rather say ‘no’: they are environmentalists, scientists, activists, educators, artists, engineers, farmers, businesspeople, journalists, parents and children. They are God’s loving gift to us as they in some way encourage us and affirm our humanity. These are the people referred to in the first reading: many people from every nation, tribe, people and language who have cried out for justice – some known to us, others known only to God.

Dorothy Day is supposed to have said ‘don’t call me a saint. You can’t get rid of me that easily’. She probably feared what the church does to saints – domesticated them or tamed them like pets. The people remembered today know something profound - about love and the suffering that is connected with it; that their lives was not accolades but accusations because they wanted change and for people to know more about God than others could stand to have revealed. They hit the floor every morning with eyes and ears open – alert to what God was saying today that was not said yesterday.

The gospel calls us to a God-seeking mindset that can open the door to peacemaking; that breaks down an ‘us/them’ mentality; that erases the distinguishing line of ‘ins’ and ‘outs’; that regards everyone as an ‘icon’ of God and looks upon people as God looks at them with compassion especially when they are the targets of hatred, abuse, injustice, prejudice are blessed. Often we might look for miracles that defy the laws of nature but fail to see God really revealed by the everyday miracles of compassion and love for the poor; in the welcome offered to people who are marginalised and even sinful. These miracles make us more human as hearts of stone are changed into hearts of flesh, where affliction turns into joy, marginalisation into inclusiveness; lies into truth; and weakness into commitment. 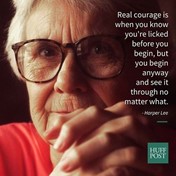 In We Belong to the Land, the former archbishop of Galilee, Elias Chacour sheds light on the implications of the Sermon on the Mount. Christianity is not passive but active, energetic, alive, going beyond despair. Knowing the language of Jesus, Chacour interprets the Beatitudes in a very active way, not the passive rendering we are accustomed to. The word from the Greek New Testament for ‘blessed’ (‘mararioi’) is not the same as the original word in Aramaic, Jesus’ language, for ‘blessed’ (‘ashray’) which is an active word. It means ‘to set yourself on the right way for the right goal; to turn around, repent; to become straight or righteous’. In any context of oppression or pain and suffering one cannot the person. ‘Blessed are those who mourn, for they shall be comforted’, or ‘Blessed are those who are persecuted for the sake of justice, for theirs is the kingdom of heaven’?  It would be easy for such a person to claim that God does not understand his or her plight. To reflect Jesus’ words and teachings much more accurately, Chacour suggests ‘Get your hands dirty to build a human society for human beings; otherwise, others will torture and murder the poor, the voiceless, and the powerless’. So, ‘Get up, go ahead, do something, move, you who are hungry and thirsty for justice, for you shall be satisfied…Get up, go ahead, do something, move, you peacemakers, for you shall be called children of God’.

We know from the gospels that God's preference for those who seem to be nobodies. The poorest deserve the best because their need is what it is, and where human dignity is least obvious it needs to be made greater fuss of. God view of us is beyond the labels of the world and society and even the church. We no longer look to mere achievements but to those things that make us human: the relationships that bind us together - love given and love received.  Let's cheer all those who struggle from the sidelines: ‘You’re a bloody legend! You're a hero! Just. Keep. Going’.

We do not have to look at a person’s achievements, what career one has followed, what one has built or constructed or even how many children raised. We need always come back to ask – ‘what makes us human? What is really important to us? What do we value in our heart? Who do we love and how do we love?’ 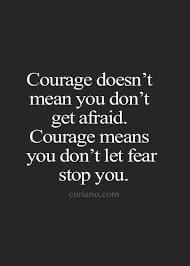