First Sunday of Advent Year A

‘Our destination is never a place, but always a new way of looking at things’. (Henry Miller)

Advent has moved away from an individualistic ‘waiting’ for the return of Christ and move us towards what we are called to do to create God’s Reign on earth for all creation. It is about active waiting and active struggle to revolutionise our world. It is a time in which all oppressed people reveal to the church what is needed for such change. 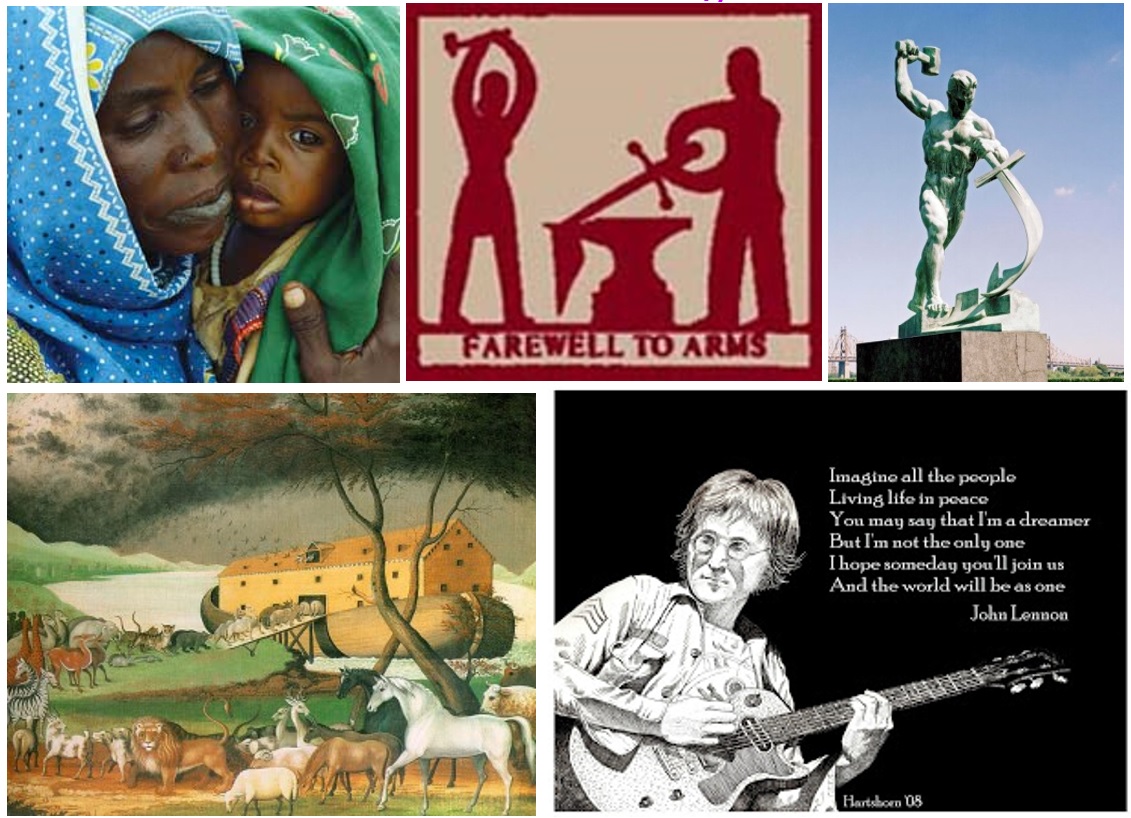 Too often religious institutions try to divert revolutionary hope that looks to transform society. Oppressed people, whether due to sexuality, race, gender, nationality or social status, have been encouraged to accept their own oppression in to support such institutions and the status quo. Even when St Paul names love as the heart of the matter, to often for some groups that it is ruled out by ’conduct becoming.’ We must word for the transformation of public systems of oppression which crush and dehumanise people whether in churches, other religious institutions, and civil society. One need only recall the violent treatment of children, mainly Indigenous children, as young as 10 years old in some Australian prisons.

Can we dare to hope for something better than what many politicians, advertisers and social media offer us? Isaiah offers a vision for peace and justice among nations: ‘They shall beat their swords into ploughshares and their spears into pruning hooks; one nation shall not raise the sword against another, nor shall they train for war or learn war again.’  He is speaking to us today – not a vague future. The USA and its sub-imperial lieutenants or deputies such as Australia have emerged from a long war leaving Afghanistan devasted and degraded. We listened to the false prophets promoting a ’rules-based international order’ which had everything to do what the powerful demanded. False prophets enabled us to accept, without thinking, the divisions that have insidiously crept into our community and political lives. Narratives that dehumanise people were embraced.   As we inherit an increasingly violent world, God does not accept this misshapened world.  According to Isaiah, the intrusion of God’s reign will set us on a path of peace, justice, life, hope and liberation. The invitation is to collaborate with God by turning tools that leads to violence into the tools of nonviolence and peace in our personal and communal lives. Pope Francis calls things by their right names and has declared nuclear war sinful and possession of nuclear weapons as immoral. He published a revolutionary platform (Evangelii Gaudium) for his papacy, church and world, and is the first world leader among the global elite to call corporate globalisation by its true name - systematised murder – challenging us about the free market, "trickle-down" economic theory, world hunger and poverty, the roots of terrorism, the unacceptability of war, the surveillance state and obsession of the rich with "defense" and "security." How many of us are listening?  How many pay attention and take notice?  If it is not about abortion or homosexuality mainstream media is not interested. However, it may seem unrealistic and naïve, but can we imagine a world without weapons of war; without nuclear weapons; without drones; without guns; without threats; without hatred; without revenge being the default response to conflict; without building higher walls or fences; without using a ‘barbed wire’ to deter vulnerable, hurting, frightened people from finding safety; where we raise food rather than hate for the betterment of human living? Can we even imagine such a world? Can we imagine a world where violence does not order every step? It is difficult when the cries of the vulnerable are dismissed or diverted as irrelevant. It is difficult when the rhetoric invites attacks on women and men who are different. Like Jesus, Isaiah calls us to see beyond the present moment as we look at ourselves and allow our hearts to be opened to allow the broken world seeking healing and reconciliation to enter.  Can we begin by making time to look at one another and listen to one another? The heart of Advent is about participating in and actualising a vision of a different world. The Child born under the shadow of a mighty empire continues to be born again in us and is found among the vulnerable, the frightened and afflicted. Here is our call to be prophetic and speak truth to power as did the prophets. We still have prophets amongst us who not accept the status quo.  Advent is a guard dog barking loudly and to awaken us. To accept the status quo is to be asleep to injustice, to the normalisation of hatred, bigotry, and the ongoing violence of some law enforcement agencies towards people who are homeless, poor people, youth, mentally ill people, and First Nations people. Chris Hedges, US journalist and author, says: ‘You can either be complicit in your own enslavement or you can lead a life that has some kind of integrity and meaning.’

Isaiah’s dream of peace does not come without a struggle, by wishful thinking or leaving it to others. Being alert involves a positive struggle to build the reign of peace by initiating personally, and with others, a shift from a conflict and competitive mentality to a cooperative mentality based on justice and equity where people have enough food, adequate housing, decent health care, proper education, and the righting of past injustices.

What steps might we take to heal division, alienation, and broken relationships in our family, our community, and the world?  We can begin with one step, one relationship, one apology, one gesture of reconciliation. We can accept that we are part of God's dream.  We can deepen our respect for one another even if we do not like them. We can hear one another, listen deeply, and in doing that hear the voice of God?  Some may consider it quaint, but Pope Francis’ has called for a recovery and cultivation of ’kindness’ where others are not considered obstacles to our own serene existence. He says, ’Individuals who possess this quality (kindness) help make other people’s lives more bearable, especially by sharing the weight of their problems, needs and fears. This way of treating others can take different forms: an act of kindness, a concern not to offend by word or deed, a readiness to alleviate their burdens. It involves ‘speaking words of comfort, strength, consolation and encouragement’ and not ’words that demean, sadden, anger or show scorn’” (Fratelli Tutti #208). He says, ‘Kindness frees us from the cruelty that at times infects human relationships, from the anxiety that prevents us from thinking of others, from the frantic flurry of activity that forgets that others also have a right to be happy. Often nowadays we find neither the time nor the energy to stop and be kind to others…….. Yet every now and then, miraculously, a kind person appears and is willing to set everything else aside in order to show interest, to give the gift of a smile, to speak a word of encouragement, to listen amid general indifference. If we make a daily effort to do exactly this, we can create a healthy social atmosphere in which misunderstandings can be overcome and conflict forestalled.….. Precisely because it entails esteem and respect for others, once kindness becomes a culture within society it transforms lifestyles, relationships and the ways ideas are discussed and compared. Kindness facilitates the quest for consensus; it opens new paths where hostility and conflict would burn all bridges.’ (FT 222)

As we begin this new Christian year, let us see ordinary things with extraordinary vision. Let us see God at work even and especially in the most ordinary of places. Let us have hope in God who lives here and now with us, teaching us real peacefulness in our ordinary lives – and who asks us to be extraordinary witnesses to that peace. Pope Francis, like Isaiah, tells that though things seem to be a mess, it is not the end of the story. It is the beginning. Advent challenges us to believe that the world as it is does not reflect God’s dream who wants us to dream together of something new by working to together for a world where all people have their dignity respected and basic needs met. This threatens those most invested in resisting change but following Jesus means being serious about our role in the world of making it possible for God to get into the world. If the gospel has any meaning, it has to be about liberating the oppressed, releasing the prisoners, and lifting up the downtrodden—which Jesus continually insists that it is—then given that we are surrounded by oppression, captivity, and disenfranchisement every day on every side, it is time to get to work. Isaiah’s prophetic vision may be of the future, but it is a future we are called to implement today. Matthew’s call to ‘wake up’ means moving away from business as usual whether that of war or war on the environment and recognising Christ’s presence in the ‘least of our sisters and brothers.’  We may be sceptical about real positive change in our world but it can and does happen as with the unexpected dissolution of the Soviet Union, the end of apartheid in South Africa, the fall of the Berlin Wall, the so called ’Arab Spring,’ to name some.  A new day is upon us with radically new possibilities. Let us walk in the light of God.  The night will not last forever; the day is coming, and it is very close.

Holy One, we are an Advent people,

those who are called to struggle for

a new and transformed world for all your creation.

Help us to claim this Advent season as

a renewed commitment to bring your realm into being

on behalf of all those who are waiting and hoping for justice and liberation.

where we are complicit in the world's suffering,

so that our true repentance might help turn our world around.

Help us take on the mantle of justice making in this moment and time,

for this is truly revolutionary patience.