Thirty First Sunday of the Year

The harsh image of God is debunked by the first reading from Wisdom where this God loves all that exists, and ‘holds nothing …..in abhorrence.’ God loves all creation and each person - even the most loathsome. It says, the Sacred is in all things, even in the least among us.  It reinforces the sacramental where the Spirit infuses all that exists. We also have one of the loveliest descriptions of God in the Hebrew Scriptures: "You have mercy on all, because you can do all things." 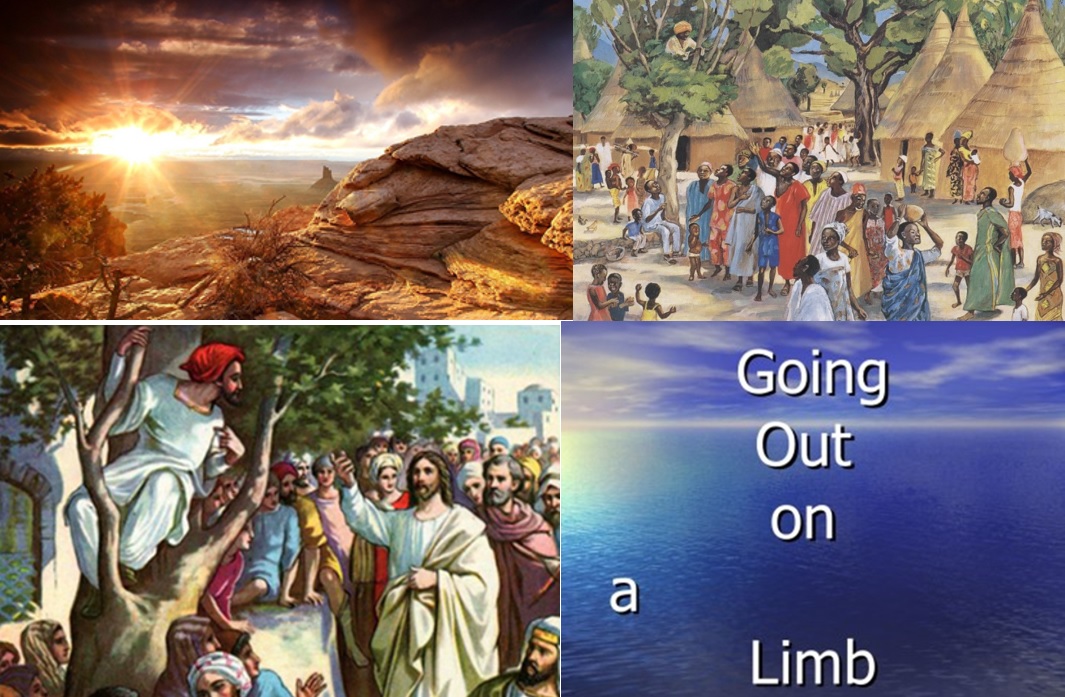 It is also a countercultural description of power where God’s power is exercised through mercy, kindness, and forgiveness. Looking through the lens of God’s love, and acting on it, would make a great difference to structures such the criminal justice system; detention centres; social welfare to the aged, people with mental illness or disabilities; and the production of armaments. This may also challenge us to acknowledge our debts as individuals and as communities to people who have been colonised: land stolen, slavery, destruction of culture, removal of children, and mass murder. To admit we have benefited from such injustices might mean going ‘out on a limb.’

Zacchaeus recognised that as a tax collector he was extorting from poor people.  Though his victims suffered wounds, he also suffered invisible wounds. In Pedagogy of the Oppressed, Paolo Freire saw oppressors were dehumanised and degraded through their acts of oppression, and so in need deep healing. Our country bears such wounds to which we are blind. Our fears as a nation cause us to make alliances with other nations to our detriment, to spend on armaments and enact draconian laws against certain groups of people. Any colonising nation or one that has been complicit in slavery cannot be whole until past injustices are faced in truth.

Zacchaeus’ is called to climb down from the tree and join (or re-join) the rest of humanity. The bystanders were also up ‘up the tree’. They had black-and-white approach to Zacchaeus, as do many of us to humanity, that often leads, as Miroslav Volf says, to excluding “the enemy from the community of humans even as I exclude myself from the community of sinners.”  So often, it seems, that those from whom we are estranged - objects of our exclusion - are more like us than we care to admit. Being up a tree can be preferable and comfortable. We can watch the world go by: the world of refugees, people living in poverty; gay people rights denied; threats to Indigenous land by nuclear waste dumping, loggers and mining; neglect of people living with mental illness; workers laid off as executives accrue higher salaries; and the earth suffers the effects our heavy footprint. We are called to come down and be in solidarity with our vulnerable brothers and sisters – all in need of God’s love.  Jesus is calling us to come down to the dusty street; to come down and get involved where we can.

In the eyes of everyone, Zacchaeus was lost but not as much as those unaware of their lostness. By focusing on people like Zacchaeus, we miss the fact that we are all lost in some way. We may not have exploited others or been involved in corruption, but we may know the depths of loss of a loved one who did not come home or carrying family traumas from parents or siblings who hurt more than helped or indeed from religious culture and institutions. Our gender or orientation or abilities or whatever may cause shame. We all are lost – and in need to be found. Healing, salvation, liberation are ours once we know. We are found by a God who is with us always. A God who sees and loves and seeks out the lost. Jesus speaks the same word to us as he does to all those like Zacchaeus who remain at a distance: I know your name. I know your secret. Come to me all you who are heavy-laden, and I will give you rest.

Jesus bids us, ‘Come out of your tree, for I'm moving in with you today.’ Sharing a meal with so-called sinners is not about being soft on sin but being strong on healing and reconciliation. It is about a new consciousness, a new focus. God’s reign is evident in the revolution that happened in Zacchaeus, and we must believe it can be so in us.

At ground level Zacchaeus cannot see what is possible and is thus still caught in the same sights that wounded him and others. He was an extension of a system (empire) complicit or collaborating in his own oppression. To survive the injustice around him and avoid the poverty of the time, he joins the colonising project that controlled his people. The normalisation of our social context can create the impulse to prey on other people. The injustice it embodies is normalised. This happens in the public service where people are just doing what is expected – knowing it wounds other – as in the treatment of claims by immigrants and refugees. Zacchaeus’ encounter with Jesus, enables him to see himself as one who belongs and is an opportunity to restart, reimagine, and revolutionise his life. He can reach beyond his mistakes, beyond his occupation, beyond his infractions. Jesus offers Zacchaeus a way to shift the narrative of his life. We all need to reimagine life beyond all that deadens, corrupts, and paralyses. These moments allow us to go public with our transformation and offers a new way to be alive, alert, and available to each other.

Zacchaeus stature was not the problem. It was his small or narrow vision of himself. There was also the narrow vision of the bystanders. Being up a tree, is a precarious position to be in. Jesus calls him down to a face-to-face encounter on solid ground. Jesus also calls us, as individuals, as communities, churches, and nations, to come down from that obscure vision and see him for the presence he is. Jesus offers us all an open door to a new world. He unveils our situation not to condemn but to liberate, heal and reconcile. William Temple pointed out Jesus seemed intent on founding a movement that by its nature existed for the sake of its non-members. We are offered a life of effective love. We are offered the chance to become ‘Church’ – in our politics, in our religion, in our hearts.

As bystanders can we see people like Zacchaeus who are drawn to the love of God but remain far-off. Can we be an understanding neighbour towards those unable to join the exultant crowds beneath the unfurled flags of whatever colour, for those who keep their distance? People like Zacchaeus may be seen as expressing their “superiority,” but it could be due to shyness. Most people do not choose to be “on the margins.” It may be due to reticence because they are aware that their own house is not in order, and they realize, or suspect, that changes are needed in their lives. They are not yet “ready” to show themselves in the full light of day.

Zacchaeus could only be addressed by one who knew his name, and knew his secret. One like him needs to be addressed by someone who does not see him as fundamentally alien and able to empathise with the complex emotional and intellectual realities that leave them reticent and at a distance. Insofar as we are Jesus’ disciples, may he be anyone like Zacchaeus encounters.  As William Temple pointed out, the Jesus movement by its nature existed for the sake of its non-members.

God’s power is manifested as mercy and compassion. As we face this week will we be more fully accepting of others?  Will we search out and find the ones our world, church, family does not extend a welcome to?  Will we seek new and imaginative ways of welcome and hospitality? Will we take steps to listen? We can do this when we understand that God's love is present in our world right now, that Jesus is in our midst welcomes us and often invites us through people who have been marginalised, disregarded, wounded and oppressed.

We thank you for the opportunity to live

as a vision of justice and hope.

Allow our commitment to what is right encourage others to do the same.

Give us the strength to step away from norms

that hurt, degrade and oppress

and guide us in discovering fresh and faithful ways of being in the world.

Help us to be life givers and not life takers.

Help us to build hope and purpose where there is none

and to stay mindful that regardless of our status and circumstance

we can be the catalyst for change in this world.