31st Sunday of the Year

The two themes that merge in the readings are the commandment to love God and neighbour. We see that concretely expressed in Ruth’s love for, and commitment to, Naomi in the non-Catholic selection for today’s liturgy, whereas in Deuteronomy, Moses instructs the people to wholeheartedly love God and by implication, one’s neighbour by obeying the commandments.

The readings suggest that true generosity, kindness and putting others before our own needs leads to an abundant life. Today’s double-edged gospel commandment demands a face, race, gender, age; the acknowledgment of the other as a neighbour, a sister or brother. The question put to Cain in Genesis, ‘where is your brother (sister)’.is implicit in each passage of scripture. Love and compassion are not soft and idealistic, but practical, sacrificial, and very powerful. It has little to do with legalistic observance of exclusionary laws that isolate people on the edges and lock them into positions of subservience and subordination. But, it is these very people who can find great meaning in a tradition that prioritises the needs of vulnerable and oppressed people often referred to as widows, orphans, and foreigners. This is particularly relevance as people continue to resist unjust laws and try to find security and safety across borders. Today’s readings place God’s law above all human legislation – irrespective of those that govern borders, the lives of women, sexual identity and ethnic minorities. It is in the loving heart of God present in Jesus that provokes subversion and resistance. Human laws must take a back seat to love of God and love of neighbour as we see in Exodus, Deuteronomy, the Psalms, and prophets such as Isaiah, Jeremiah, Ezekiel, Amos, Zechariah, and Malachi. It is in this prophetic tradition that Jesus appears where putting anything above God’s law is sinful. Jesus’ response to the lawyer subverts any religion or empire that is prepared to sacrifice women, children, Indigenous people, our young people and the asylum seeker and migrant to national security and law and order. The God Jesus reveals champions the poor and vulnerable and places love of neighbour above all national laws. This God stands with the enslaved, with mothers who have lost husbands, with children orphaned by wars , with people are the borders of our countries seeking peace, and freedom and subjected to ‘zero tolerance policies.’

We know the pain of inadequate love in people’s lives and communities. We know the pain of neglect when we rich people ignore the poor who live beside them. Marriages and relationships fall apart through carelessness and neglect. People are marginalised because party political agendas are more important than Jesus’ call to love. On a more global level, war, conflict and poverty result from hatred and meanness where personal or political or national agenda is put before the common good. Climate change comes from a failure to respect, love, appreciate what God has created.

We can often fail to give the faces we meet with a name, a story, a history whether it is the seller of the Big Issue or the person begging on the street. Faces. Names. Stories. Histories. The lawyer in the gospel wanted to reduce all 613 tenets of the law into one summary statement – and Jesus obliges. It is a teaching that needs to be enshrined and enfleshed in our lives. It needs to have the flesh and blood of the everyday to touch our hearts and become action.

Last week, blind Bartimaeus refused to remain silent and invisible by Jesus’ ‘gate-keepers’. It was by raising his voice and being heard that he discovered his dignity. People then, as today, often try to render such people invisible or silence them. Those disciples who had benefitted from Jesus’ presence and teaching continued, as do many today, to be blind to his priorities. They wanted to send a hungry crowd home. They did not want to little children come to Jesus because had no standing in society. They wanted to shut Bartimaeus up and make him go away. They failed to see that Jesus came to serve and not be served. Today, many fail to see discipleship as following the nonviolent Jesus and are as the American poet and critic, Wendell Berry said, ‘….. just as likely as anyone else to join the military-industrial conspiracy to murder Creation’. More and more we hear about national security and border security; the so-called ‘war on terror’; the ‘flag’ and a false ‘patriotism’ enlisted when people genuinely criticise the harm one’s country does; ‘values’ that have little bearing in our lives except to serve those in privileged positions of power. The government plays the media like a piano to promote its agenda whilst churches are often silent about the current health crisis, the coup in Burma (Myanmar is a dirty word), the threats posed to the countries in the South China sea as our government treats a major trading partner as an adversary, or enemy. The call to love God and neighbour cannot be separated from loving all creation, even says ‘a speck of dust’ as Pope Francis says because God is present in all. This God does not collaborate with the military leader, the banker or financier who enriches himself at the price of ordinary people. This God is suffering with people on the underbelly of society.

Pope Francis is not always won approval by people in power for reminding us all that our sisters and brothers who have faces, stories, histories – which require love and support. This is where the rubber hits the road. Abundant life, our liberation and salvation, depends more on our relationships than on religious rites: ‘I was hungry and they fed me………’ We can rationalise these passages to suit ourselves as much as we like, but we cannot get away from the pull they have on us as human beings and as followers of Jesus. When Jesus tells the lawyer that he is not far from the reign of God, he implies that knowing the commandments is not enough. We must live them each day. It is about seeing our lives as bound up with the other – both our sisters and brothers and God’s creation – and find our loving God at the heart of all things.

The neighbour is not just the one who has the same values that we hold, or speaks the same language as us, who dresses as we do. Fyodor Dostoyevsky in The Brothers Karamazov writes: ‘Love people even in their sin, for this is the semblance of Divine Love and is the highest love on earth. Love all God’s creation, the whole and every grain of sand in it. Love every leaf, every ray of god’s light. Love the animals, love the plants, love everything. If you love everything, you will perceive the divine mystery in things…. And you will come at last to love the whole world with an all-embracing love.’ Our neighbors are also those whom we may never meet: the trafficked person, the asylum seeker, the people of Pacific Island nations threatened by climate change, the colonised Indigenous people from the Amazon, our own country and around the world. Neighbour takes on a new meaning, in the geo-political sense, as we approach the Glasgow Climate Summit in November. We find that as we grow more sensitive and attentive to the other, we discover our connectedness and our shared humanity; more mindful of the consequences of our choices and actions vis-à-vis neighbour and all creation.

Those in politics, the media and the church seem to want ordinary people to leave their brains at home. The political system, corporations and some parts of the church want to determine what we think. No transparency! No discussion! No listening! No understanding! They dangerously claim to know the mind of God. But, in many places this God must die. We have seen this in attacks on churches, mosques and synagogues. These attacks occur in such places because there are people within them who serve and invoke the God of peace and justice and liberation; because they take seriously the God of liberation. And, this God must die in people like Martin Luther King, Oscar Romero, the murdered missionaries in El Salvador as well as the Jesuits at the university, or even Thomas Sankaras.

At the recent 4th World Meeting of Popular Movements, Pope Francis addressing those present said, ‘Seeing you reminds me that we are not condemned to repeat or to build a future based on exclusion and inequality, rejection or indifference; where the culture of privilege is an invisible and insurmountable power; and where being exploited and abused are common methods of survival.’ He continued saying, ‘We have all suffered the pain of lockdown, but as usual you have had the worst of it. In neighbourhoods without basic infrastructure, where many of you and millions and millions more people live, it is difficult to stay at home, not only because you do not have everything you need to ensure minimum care and protection measures, but also because your home is the neighbourhood. Migrants, undocumented persons, informal workers without a fixed income were deprived, in many cases, of any state aid and prevented from carrying out their usual tasks, thus exacerbating their already grinding poverty. One of the expressions of this culture of indifference is that this suffering one-third of our world does not seem to be of sufficient interest to the big media and opinion makers. It remains huddled together and hidden.’ 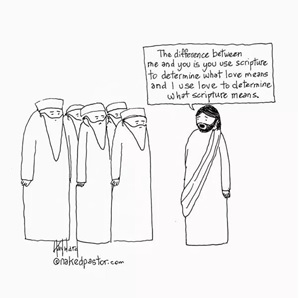