Twenty Second Sunday of the Year

I imagine that for some people their loneliest times are mealtimes. Ì feel sad when a person, usually elderly, is eating alone at a restaurant, cage or take-away. What’s going on for that person? There are people who have been widowed or divorced. There may be a new student trying to find a place to sit at the cafeteria waiting for someone to say ‘pull up a chair’. Jesus was killed because of who he ate with. He refused to stop eating with the wrong people: the unclean; the outcast; the sinner; the heretic; as well as his foes. Jesus’ words capture the reality of his life: ‘…. when you hold a banquet, invite the poor, the crippled, the lame, the blind; blessed indeed will you be because of their inability to repay you.’ Jesus calls us to associate with those who are outcast because they are weak, damaged, deemed inferior. Jesus sought out the company of those who were powerless and despised which caused contempt to come upon him.

Luke’s emphasis about seeking honour, pride, prestige at table and caring for people who are marginalised is to present the upside-down world of the gospel where everything is turned around: the humble are raised up; the poor are the rich; the crippled and lame are the well; the blind are the ones who see. In the gospel, Jesus calls out and challenges cultural norms about power and privilege. The Social Justice Statement <Respect: Confronting Violence and Abuse> calls us to be aware of our connection to and participation in various forms of violence and abuse, as well as to be sensitive to the stories of many people. The hope is that we all confront violence and abuse wherever they occur so that resemble more and more a community that fosters justice and respect for all. (p1)

So much of what is wrong with the Church today stems from the travesty of Christian leadership and service. When privilege, power and dominance are more evident than love, humility and servant-hood in the Church, then the Gospel is at stake. What we need to reclaim for the Church forcefully and unequivocally is the discipleship of humility, love and service. The call is extended to the wider Church where insidious forms of violence and abuse continue to be perpetrated against various groups of people including its employees. No one is beyond being challenge. How do we perpetuate unjust or unkind behaviour? Jesus’ invitation is for to become aware of the ways we use, misuse and abuse power – in our thoughts, biases, words and deeds. It might be necessary to broaden what we call violence. As well as being physical, it is spiritual, psychological and financial. It is manifested in control and domination at work, family, in church and other relationships. It is manifested in the neglect of people who are homeless and those who try to cross the seas to escape oppression and find themselves unheard and returned to where they come from. It is manifested in the refusal or inability to hear what another is saying to us.

Sirach today places humility before us and our Church and need to listen: ‘an attentive ear is the joy of the wise’. Deep listening was called for as part of the Plenary Council process and is called for in the Social Justice Statement. Can we listen to the experiences of women and children, of the elderly, people in rural areas, First Nations people, LGBTQI+, and people living with disabilities? As the Uluru Statement -Voice from the Heart says, ’In 1967 we were counted, in 2017 we seek to be heard.’ This is a call from all people who do not just want to be counted, or be used for data, but to be heard and listened. These people as the Psalm says, have God’s friendship and protection.

Jesus’ basic concern, as of the Social Justice Statement, is the capacity to receive the marginalised. This is not possible from possible from positions of honour, power, and privilege. Jesus’ concern was to teach the Reign of God which begins with a God who continually invites out of love, care, and compassion. Compassionate engagement is only possible where people matter more than rules, laws, and abstractions. This call goes our to all, Australians and as Christians. This on-going incarnation - making God present by our ’being with’ which leads to gestures and practical concerns. Do we speak words that invite, or fear what it might cost? Are our attitudes welcoming or is our concern that we are taken for a ride?  Are we inviting of people who cannot return the favour, namely, thepoor, vulnerable, and marginalised?

The crucified Christ we follow models God’s inclusiveness, God’s welcome, God’s love and God’s invitation to draw near. We model that by drawing near to our neighbour. Jesus calls us to break down barriers that divide. He calls us to seek out the neglected and the rejected so that they know that God also embraces them. It cannot happen from a top-down approach. Taking the lowest place at the table might be the challenge for many of us in the First World when it comes to being with, and listening to, people who have been dismissed, forgotten, neglected, marginalised. Maybe this is the only way we can listen to, appreciate, the stories of people who carry a wisdom we will never know, not to mention understanding where it hurts. Taking the lower place is not about self-humiliation. It is about allowing ourselves to be in a position to listen, to understand, to empathise with people whether they are the First Australians, the peoples of the Pacific, people from other cultures or have come across the seas seeking a better future or safety, people who are gay and lesbian rather than being the experts. The danger is that we can come with the answers without knowing what the real questions are. We witness the every day trauma, pain, suffering, damage inflicted on asylum seekers around the world which has increased even more with natural disasters in Africa, the Indian sub-continent and Ukraine. Many of these people are invisible, they have no faces, they have no names, and many of whom deemed illegal. To reach out goes against contemporary wisdom and is considered foolish especially by people who think they know it all. How much do the judgements so many of us have or have made about others conform to the Jesus we follow?

The revolutionary way of Jesus is to welcome people, to share our lives with them and understand them. If we embrace the wisdom of God’s reign, we cannot build more walls. At God’s table, there is no need to jockey for position, because all are welcome, and equal in God’s eyes. There are no throwaway people. We are to honour the least among us—the poor and marginalised.  Jesus’ table is a round one where no one is better than anyone else. Jesus’ teaching, as always, is about a radically inclusive love expressed as welcome and hospitality. One of the defining points of Jesus’ ministry was the choice to eat with everybody. But we need to listen with the heart to make a difference.

When Government leaders asserted that the people on Manus Island and Nauru will never sit at our table, they nailed their colours to the mast. However, where are we? Silence will not save asylum seekers or us. Catherine of Siena (14th century) said, ‘Speak the truth in a million voices. It is silence that kills’. These are haunting words as we notice how much silence there is, and how it is growing. Sr. Jeannine Gramick has written about the violence of silence. ‘One kind of violence not often recognised is the violence of silence…’ At the time, she accused church leaders as guilty of this kind of violence after the shooting in an Orlando gay club, in their statements by passing over references as to actual people who were targeted were gay. Gramick went on to say, ‘Silence is violence when it denies the existence of a whole category of people, people who have been targeted with violence because of who they are. If I don't acknowledge your existence or your story, I do not need to recognise your rights; I do not see that that you need added protections. And, I am unable to know you or to relate to you in a meaningful way’. Is this not also the way we have approached the First Peoples and the brutal history they have endured because of colonisation? Is this not how people who are victims of violence were ignored in the past as something domestic?  Is this not why the murders of so many gay men in Sydney were ignored by the police and the public?

Invisibility is one of the greatest tragedies of our times. Huge swathes of humanity do not appear on anyone’s radar because they are not important, because they do not produce anything that interests the market; because they are different and feared. Indifference is form of great blindness. George Bernard Shaw said: ‘The worst sin toward our fellow creatures is not to hate them, but to be indifferent to them: that's the essence of inhumanity.’ So, perpetration of violence is only tolerated or accepted if we convince ourselves that ‘these people’ are not like us, and so can be demonised, disregarded. For Luke, the question is always, ‘Who is in and who is the ones who should be invited and given places of honour? Who are the ones who assume too much? At God’s table, every place is the same.  There is always enough to go around.  There is always room for you.  Be strong and be humble.  They are not mutually exclusive.

hold us and challenge us in our life together with others;

transfigure our relationships so that mutual love may continue

until we find ourselves welcomed into the highest place

you have reserved for all your children,

through your Word and Spirit. 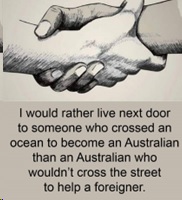 Respect: Confronting Violence and Abuse points out that the roots of domestic and family violence “lie in the abuse of power to control and dominate others” and that “this stands in contrast to the relationships to which God calls us”.

Our relationships should be “marked by equality and reciprocity rather than domination and violence, respect and freedom rather than coercion and control”.

We know that most often those who suffer violence and abuse in homes and families, in workplaces, and in communities, are women and children while the perpetrators are most often men. We support women in calling for respect in relationships; their lives and those of their children are sacred.

Respect: Confronting Violence and Abuse focuses in a special way on the problem of spiritual violence and abuse. It discusses how religious teachings – including our own – may be manipulated by perpetrators to excuse violence or to exert control over others.

Cultural factors in the Church and in society often also play an important role in the violence and abuse suffered in families, households, communities, and workplaces. This behaviour is sinful.

We believe that respect, dignity and justice, transformation and hope are possible.

The Statement affirms the work being done by faith communities and organisations to support those who experience domestic and family violence and abuse, and to address the drivers and enablers of violence. It points to further ways in which we can all respond to spiritual violence.

Finally, it calls for faith communities to support and believe those going through domestic and family violence and abuse, to hold perpetrators to account and work towards individual and social transformation.

Resources such as the full statement, liturgy notes, videos, and promotional material are now available at