Third Sunday of the Year

Robert Ellsberg, in A Living Gospel, describes how the gospel is written in the lives of people different people living extraordinary lives. Ellsberg focuses on people like Dorothy Day, Charles de Foucauld, Henri Nouwen, Thomas Merton, Flannery O'Connor, and Oscar Romero who knew little of their legacy with contributions beyond their lives. However, as Annie Lamott points out, they ‘showed up’. In many cases, they participated in what Fr Gregory Boyles says, the strategy of Jesus was not centred in taking the right stand on issues, but rather in standing in the right place – with the outcasts and those relegated to the margins. 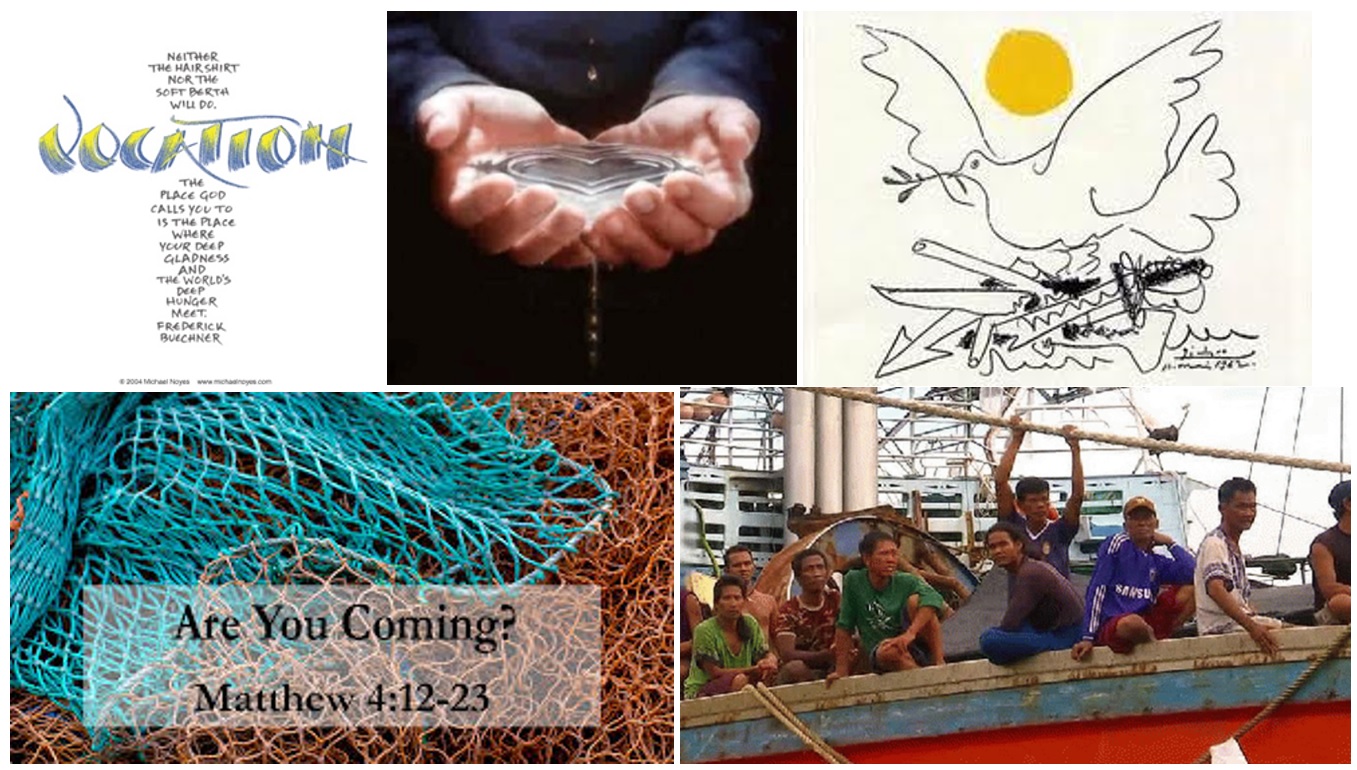 The readings contrast rich and poor people, powerful and bullied people, darkness and light, division and unity, withdrawal and leadership. Isaiah, who ministered during a tumultuous period in Israel’s history under the control of Babylon, Assyria, and Persia, highlights how these rich nations are humbled and that One will emerge from the poor, lowly occupied land of Galilee called Zebulun and Naphtali. Though presumed lost and forgotten, Isaiah’s underlying message is that no one is lost and forgotten - especially the most insignificant. Despite imperial domination and power, Isaiah reminds us that God pays attention to the weak in his message, “The people who walked in darkness have seen a great light; those who lived in a land of deep darkness – on them a light has shone.” Clearing we are reminded that injustice does not have the last word. If Jesus were here today where would he live? Who might he talk to? Who might need his love the most? Like the Magi asked, ‘Where is the newborn King of the Jews?’ It is a crucial question for us. Where is Christ? In a world so often shrouded in despair, where is hope?  The Magi discovered that Christ is not in places and people we might expect. Where will we find the newborn king of the Jews in 2023? He will be found where the hungry are fed, where the grieving are consoled, where the forgotten are remembered, where peace is shattered and people seek to mend it, where a small piece of bread becomes his body, wherever people bring light into darkness. At Christmas we were reminded that God is with us and with all people. It is not one day of the year but a reminder that God become flesh keeps coming into our world and into our lives. We need to keep that reality alive.

Matthew’s words were heard like a song of freedom; a reminder of God’s open heart for all. Such visions articulate the hopes of exploited, oppressed people who are and suffer injustice anywhere. Cowering servitude belongs to the past. Yet, people – the 1% consisting of billionaires, multi-millionaires, military elites and Christian fundamentalists - sit at tables making decisions that impact on people’s lives and the planet. Jesus came to end all forms of oppression by announcing the coming of God’s reign – a reign that would mirror what the world would be like if God were at the heart of things rather than a ‘Caesar’ or Trump-like character. Something is out of whack when Jesus’ followers support politicians who give more to the obscenely rich and force austerity on the poor.

On hearing of John the Baptist’s imprisonment, Jesus heads for Capernaum, and takes up where John left off, but seeks to broaden peoples’ horizons to God’s presence in all people and places. This God meets and walks with us in the darkness and calls us to light, unity, and action. Darkness can appear as injustice but also as willful ignorance, self-righteousness, grandiosity, superiority, and in ‘us vs. them,’ or ‘mine vs. yours’ mentalities that exclude the stranger, the refugee, the person of another faith, the person of different sexual orientation.

One does not follow Jesus in the abstract but in the context, circumstances, and relationships of our lives. It is grounded and experienced in the world, with people and the events in our lives. Colin Morris, in Mankind my Church (1971) writes, "Action is always superior to speech in the Gospels, which is why the Word became flesh and not newsprint.

Pope Francis, like prophetic voices, has shown us that we can live lives of peace and unity. As followers of Jesus, we need to find ways or strategies to do this in our communities, workplaces, homes, places of worship, and within ourselves. We see in the gospels, people are placed before us as agents of God’s justice, healing, reconciliation, and love. And, God begins from the margins. And it is in marginal territory, a geographical backwater, that Jesus calls marginal people to be disciples.  As God hears the cry of people oppressed, Jesus does too and we are called as individuals and communities to listen to the cry of the poor and the Earth. When Peter and his companions dropped their nets to follow Jesus, their call was to be seen to be in solidarity and service to humanity. ‘Fishing for humanity’ includes seeing Jesus’ message as bound up with his and our compassion for the poor; his and our concern for the whole person, his and our opposition to ‘sins’ of exclusion; and systemic injustice – societal sins – [or ‘the normalcy of human civilisation’s violent injustice at a very specific time and a very specific place’ [John Dominic Crossan, God and Empire].

To follow Jesus is always to be in the ‘people’ business - not the fish business, or farming business, or the mineral business, or in any other business. Any ‘business’ we participate in (media, health, education, law enforcement) is about service and the good of the earth.  Failure in this regard, is to disfigure the image of Jesus, who is God in disguise, on the face of our sisters and brothers and revealed in Creation. The task of Christian community is to weave a global tapestry where no one is excluded. In the face of mutual suspicion, exclusion, recrimination, accusations, and outing, Paul would urge unity and agreement. Christians (and non-Christians) have excluded, persecuted, and killed people deemed to be different—Jews, Muslims, gays, witches, heretics and so on. Most dispiriting is the violence by Christians against Christians, over the slightest differences whether of doctrine, practice, sexuality.

Paul and Matthew today stand side by side. For Paul, unity was a counterpoint to the world’s way of doing things; where new life, inclusion, justice is lived out. A diverse community united in love around Jesus has power for healing, for justice, for peacemaking; it exists for others, not for itself; it is not based on worldly power; it exists to heal that which is broken, includes the lost; it proclaims, ‘We're here for you’.

According to Pope Francis, we are facing threats to the world’s wholeness with violence and war, poverty and greed, consumption and environmental degradation, exclusion, and discrimination. To face these, we need a strong and vibrant relationship with God. Then we will find ourselves seeking nonviolence in the face of violence, welcoming people with whom we disagree, challenging the injustices within our own organisations and beyond, standing with, sitting with people in solidarity. It means we will not get caught up in the factionalism and call for loyalty from systems we are meant to challenge. Even our loyalty to the church or religious affiliations can interfere with these values of God’s reign and living truly in the ‘people business’. Jesus disrupts priorities and forms new allegiances, radically changing the rules of the game. There is a rawness and abruptness to the call, the leaving and the following. Jesus’ call is so powerful that as disciples we leave behind what we used to do and how we used to do it. We leave behind scarcity, anxiety and obligation. We leave behind fear that paralyses. We leave behind institutional power and strength. More importantly, we embrace kindness, love, commitment, peace, and healing.

We meet you in the darkness,

we see you in the light.

Turn us around from

Forgive us and give us courage

to shine with your compassion, justice, and peace.