Feast of Christ, Heart of the Universe

Created to uplift Jesus as having care of and ultimate power over creation, Reign of Christ is a day layered with deep significance. It is the end of the liturgical year, the fulfilment of the cycle in which we travel with Jesus and the apostles through the building of this new church. Pope Pius XI instituted this solemnity in 1925 in response to growing nationalism and secularism. Europe was living with the nightmare memories of the First World War with an explosion of hatred and blindness that was resulting blood being spilt.

The swastika was lurching across Germany and Russia was being destroyed by tyranny, corruption, and mismanagement. As we look around, we see a revival of populist rhetoric, fascism, and democracy undermined in the USA, Australia, Hungary, Turkey, Latin American and Middle Eastern countries as well as relying on lies, propaganda, indoctrination, and so-called fake news or ‘alternative facts.’ This does not constitute God’s reign and true Christian leadership. Pius Xi was attempting to pierce the sound of various ideologies with a message of justice, peace, community and love. This feast was a call to take worship of Jesus from the privacy of our lives and hearts into the public arena.  Today’s feast is based on a subversive claim by overturning understandings of power towards an inclusive and empowering leadership. In apartheid South Africa, the Philippines today, Palestine, it was a subversive to acknowledge Jesus above the powers of the time. He was subversive for him to teach that the first will be last and the last first. He was subversive when replying to Pontius Pilate that ‘My kingdom is not of this world’ (John 18, 36). Jesus is giving voice to those in power that our God loves all and ‘who hears the cry of the poor.’ Jesus’ manifests a leadership that turns the ‘king thing’ upside down. Where Pilate represented brutality, privilege and domination, Jesus reflects ‘the earth community’ consisting of love, justice and service. It is a completely new reality of inclusion and nonviolence. One wishing to live out the meaning of this subversive power needs to be prepared for controversy. As James Baldwin wrote, "Precisely at the point when you begin to develop a conscience you must find yourself at war with your society."  We can wonder how many people surrendered their consciences in the name of patriotism and national loyalty with the invasion of Iraq, Afghanistan, or detention of people in Guantanamo, turning away asylum seekers, justifying Israel’s ill-treatment of Palestinians or blaming people in our country for their social isolation and poverty.

A few weeks ago, Jesus warned his disciples, ‘You know that those who are recognised as rulers over the gentiles lord it over them, and their great ones make their authority felt. But it shall not happen among you. Rather, whoever wishes to be great among you will be your servant; whoever wishes to be first among you will be the slave of all. For the Son of Man came to serve and not to be served…’ (Mark 10). Subservience, idolising, building up and putting people down are contrary to the kind of power Jesus exhibited as at the heart of justice, mercy and love. It does not allow for putting people on a pedestal whether it is clericalism, patriarchy or exceptionalism. In Fratelli Tutti, Pope Francis referring to conflict says, ‘We are called to love everyone, without exception; at the same time, loving an oppressor does not mean allowing him to keep oppressing us, or letting him think that what he does is acceptable. On the contrary, true love for an oppressor means seeking ways to make him cease his oppression; it means stripping him of a power that he does not know how to use, and that diminishes his own humanity and that of others.’ These words remind me of the status of women in the church, reception of LGBTIQA+ people, Indigenous people in church and society yet face condemnation by the president of the US Conference of Bishops that some modern social justice movements were Marxist-inspired, anti-Christian "pseudo-religions" revealing a serious misunderstanding, if not willed ignorance about the goals and motivations of contemporary social justice movements like ‘Black Lives Matter.’

Today’s feast is really about developing relationships in order to rediscover God’s dream for humanity: right relations with all – God, each other, creation (‘shalom’). God’s reign has no boundaries. It is present wherever people love one another or share one another’s burdens, advocate for justice and peace and work to build up a just and peaceful community. Being inside this reign is largely determined by how respond to the other especially the one in need: the hungry, the naked, stranger, those in prison and the sick.

Fr. Ignacio Ellacuría, a Jesuit Salvadorian martyr said, ‘We are people of the Gospel, a gospel that proclaims the reign of God, and that calls us to try to transform this earth into as close a likeness of that reign as possible’, the reign of Christ Jesus, not that of “Pilate.’ This continues to be as relevant today as it was in 1925 with authoritarian leaders increasing around the world. Charles Colson, founder of the Christian Prison Fellowship, says, ‘All the kings and queens I have known in history sent their people out to die for them. I only know one king who decided to die for his people’.

Jesus is best known for his scars – scars that revealed his compelling love for the world and his complete self-emptying. And Jesus is still known by his scars. The truth is a person, the Word made flesh, who came to live with us - literally, to ‘pitch his tent’ among people of earth.  Jesus came to change the world, to close any system that enslaves people. What is subversive about this reign is that it is based on a love and justice that leads to peace – not privilege, domination and power that is divisive and exclusive; where the excluded are included and become integral to God’s reign; where the true treasures of the reign of God are always those considered ‘the least’.

As disciples we are empowered and called to act and intervene wherever the power of death pervades in our society, community and life. The disciple is now empowered to ‘get in the way’ where life is reduced to a commodity and people are seen as means rather than ends. This subversive reign of God allows new life to emerge in situations of hopelessness and violence. It comes about by love of others; where mercy is seen as foolishness, where love and compassion is seen as weak and vulnerable, where forgiveness and generosity is seen as softness. These threaten any society based on power, domination and violence.

Jesus proclaimed and revealed a different way of being in the world. Jesus words, ‘My kingdom [reign] does not belong to this world’ apply as much to ecclesiastical powers as to political and financial institutions. The Church still seeks exemptions from anti-discrimination laws. It seeks guarantees of religious freedom whilst continuing to ignore the freedoms of many within it.  How is God’s reign manifested when moral and psychological coercion is exercised in its centralism, authoritarianism and dogmatism; when the organization is more concerned about the image it portrays than to admit faults, injustice and wrongdoing; when our leaders seem increasingly remote from the people?  Are we convinced in the power that Jesus manifests when we stand in awe or assent or justify expenditures on weapons of war or join alliances with other countries that are more about threatening other countries rather than seeking peace.

The excluded are brought in again. In God’s world, broken people are integral. For us, the poor [meant inclusively] are the starting point for understanding the gospel as the good news of liberation. Jesus still stands before the rulers and powerful of this world and holds in his pierced hands, the poor, the starving, the unwanted, the abused and tortured, those shunned by important people. We are his but where do we stand or sit, and who do we sit with?  It comes down to how we live day to day and whether our gaze is directed towards and behalf of the least of these.

The Reign of Christ is here and now.  It is not lofty or high culture but present here and now. Christ’s reigns when a street child is given hope because he can study and follow his dreams.  Christ reigns when a just and lasting peace between groups and nations. Christ reigns when there is food security for every family, enough for everyone (not superabundance for few, and scarcity for the many). Christ reigns among people who do not acknowledge him when they live their lives with quiet generosity during a pandemic to provide food for those who are excluded from social welfare.

This Christ who reigns, proclaims wholeness, healing, and spiritual power not as hierarchical power, as power over, but as power for, an enabling power. (E. S. Fiorenza in “Feminist Spirituality, Christian Identity and Catholic Vision”)   God’s reign is not something that we look forward to at the end of time, but also something that we can experience here, even if only in glimpses, and that we can work to build now. 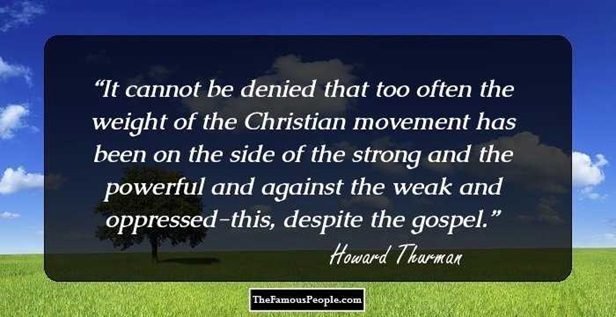 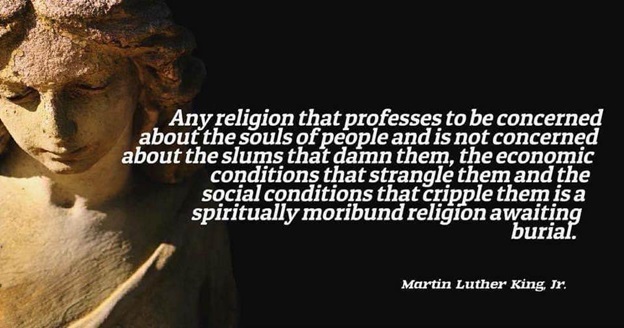