Fifteenth Sunday of the Year

Last week Jesus was made to feel a stranger in his home town and expelled from the synagogue, as Amos today is expelled from the sanctuary. Today, the disciples are called to make their home amongst strangers. Amos has just delivered a powerful call for social justice by condemning those who try to please God with ‘worship’ whilst their lifestyles were based on dishonesty, corruption and oppression of the poor. Amaziah, the religious leader, preferred prophets who told people what they want to hear and made clear that Amos’ message was not welcome. But rejection did not silence Amos. He disrupted the assumptions of his listeners, and God’s messengers, in all their guises, even that of a rejected local boy from Nazareth, who still disrupts our assumptions and certitudes.

Many find out that it can be a risky to speak truth where lies predominate and where injustice goes unchecked. Organisations and nations always need those who will speak truth to power and leaders held accountable to the standards of God’s Reign – justice, peace, equality, compassion, good management, and the good of the people and the planet. People of colour and immigrants have long borne the pain of witnessing unacknowledged violence, injustice, and trauma. Those of us with the choice to look or turn away are called to bear witness and to wrestle with the whole story. It can be difficult to stir up the flames of caring and compassion when there is apathy and indifference. But we, like Amos and the disciples, are called into the minefields of ministry: to speak to and serve people we would not normally associate with. Amos had to speak a harsh truth to an educated and sophisticated regime not inclined to take notice of him or his message. It can be like meeting politicians who are not ready to listen. Amos was in a place of prosperity and wealth but rife with social inequity, injustice and immorality and where religion was closely linked to state power - the power that supports political decisions in its favour; wave flags and blesses troops and armaments, that threatens anyone who dares to bring up the ‘Frontier Wars’ in Australia, or questions the sentiments behind ANZAC Day?

For Amaziah, religion implied loyalty to the status quo and dissent was betrayal. To crush the voice of hope, prophets need to be silenced when vested interests are threatened. Amos was faithful to his God-given task as God calls people from all walks of life to confront abuse, injustice and hunger. The proposed laws on charities are clearly attempts to silence people and avoid exposure of illegal activity, and then the charges against a lawyer and former ASIO agent for exposing illegal Government activity. But the disciples are not responsible for the response they receive. The disciples’ mission was to reach out to ordinary people – especially those who were ‘written off’. Holiness is spelled out in love and justice - not piety and a sterile and disengaged morality. This has implications for the churches that refuse to include people because of sexual orientation, ethnicity, and gender (women). To come into the space of ordinary people involves radical simplicity. Can open the minds and hearts of people to the nearness of God’s reign by the way we engage and serve before talking about the verbal message of God's love and how to participate in that reign? To take the message to others, we need to bask in God love for us, as Paul advises. In Mark, Jesus sends disciples two by two to proclaim the nearness of God’s Reign. How would people listen if these former fisher folk failed to remember that they were followers of the poor man, Jesus, and that they needed to stay close to the poor and walk as Jesus did without worrying about food, clothing and shelter? Mark is telling us that it is only if we stay close to the poor can we recognise those unclean spirits or demons that are concealed and disguised by the baggage of patriotism, individualism, religious loyalties and consumerism. Hence, we must not be seduced by identification with the rich, your own culture, and what they value. It is not easy to identify with the poor and so it is necessary to have support of another.

Mark’s narrative is action-oriented and heart-centred. Jesus and his followers are always on the move. Profoundly significant in his discipleship community are stories of women, though nameless, who are often models of authentic discipleship. Like Jesus, they assertively break boundaries, defy social codes and are attuned to the liberation of the reign of God. Mere belief is not enough – the gospel needs to be lived as we work to deconstruct an unjust world and introduce a new world through the person of Jesus. His healings, casting out of demons and forgiveness of sins were not just about alleviating personal suffering but exposing the oppressive nature of the prevailing political and religious power systems. In the face of government and corporate brutality towards vulnerable people, compassion must be our ‘protest’ and hospitality our ‘resistance’.

Gospel simplicity draws our attention to the danger of accumulated ‘baggage’ (our history, our experiences, our prejudices) that threatens the mission of the reign of God. Churches that depend on funding for services and education may find it difficult to raise their voices where there is injustice and inequality. Fear can also be baggage we carry in Australia. It has led to and continues to lead to paralysis as we ferociously cling to whatever paralyses us: fear of terrorism that justifies harsh anti-terror laws; fear of asylum seekers who might want to harm us and threaten our life style that justifies indefinite detention and abuse; fear of people from other ethnic, cultural or religious groups that justifies preventing them from having schools and places of worship; fear of invasion from invisible enemies that justifies greater spending on armaments that actually threaten peace; fear that women might win control and claim their unique power; fear of gay and lesbian people who might undermine certain traditions. This kind of baggage destroys us and separates us from one another. It prevents us from being welcoming and hospitable in our communities.

We cannot distance ourselves from the radical and challenging nature of Jesus message or Amos’ message. Amos’ speech was offensive to patriotic ears coming from an outsider as he highlighted the experience of the poor. He evoked a negative response from the priest of the sanctuary who lobbied for his deportation. He tricked his listeners into agreeing with him that all their nominated enemies such as the Aramites, Philistines, Moabites, and especially Judah, the southern kingdom, were really bad and should be soundly thrashed. Then he turned the tables on his listeners when he said, that the nation that would be punished more severely because of its treatment of the poor – slavery, short-changed wages whilst they feasted and lived in luxury, while those closest to God’s heart, the poor, have languished in hunger and poverty. No wonder Amos lost his audience!! What if someone from a designated enemy country highlighted our treatment not only of the poor in our country and the poor of other countries, for example the Iranian refugee, Behrooz Boochani, who shows up our failure to provide hospitality to asylum seekers and our harsh treatment of people who come here by boat. He has helped us see ourselves as God sees us. The outsider often sees us more clearly than we see ourselves. Amos’ concern for the poor is also centralised in Mark who is reminding people (40 years after Jesus’ death) that the poor represent the touchstone for Christian authenticity.

We have little to say to the poor of the world if we do not give authentic witness ourselves. When Jesus called his disciples, they were to leave everything to follow him: ‘Take nothing with you.’ We call ourselves Christian and participate in an economy that accepts 48,000 children dying each day while a minority enjoy prosperity. We accept subtle social codes of ‘clean’ and ‘unclean’ when it comes to people who are outsiders, different or even enemies. We can accept the continual voicelessness of women in the church assembly and inequality in the marketplace. We overlook nearly 70 years of violence against the Palestinian people and defend that violence when they dare to resist. We ignore the low lying countries and islands in Pacific that are harshly affected by climate change. We ignore the people of Papua who continue to suffer violations, hunger, abuse and denial of independence.  We still do not listen to the Indigenous Australians or acknowledge their dispossession of land and culture. We still accept as normal the paradigms of power and clerical entitlement in the church rather than Jesus’ definition of service. Mark does not allow us to distance ourselves from radical nature of the gospel. We must proclaim God's word even in the midst of violence - go where there is oppression and injustice and be the word of God there. Mark will not permit us to sit back and remain passive. We can only know Jesus by committing ourselves to active discipleship and following him—on the way of the cross, which is ultimately the way of resurrection. 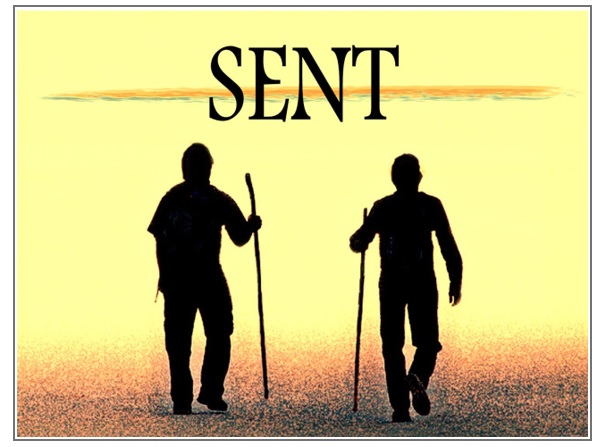