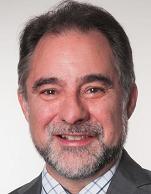 Mick Bezzina is the chair of the Edmund Rice Centre Board. He is an educational consultant, having established his own business in 2018. Prior to this he held the role of Director, Teaching and Learning at Sydney Catholic Schools for five years. In significant earlier roles he was Director of the Centre for Creative and Authentic Leadership and Head of the School of Educational Leadership at ACU, and Director of Religious Education and Educational Services at Catholic Education Parramatta. He has been a secondary school teacher, a school leader, teacher educator, consultant, system administrator, process facilitator and researcher.

He has had a continued commitment to social justice and support for developing nations, working with leaders in government, education and NGOs from PNG, Mauritius, Cambodia, Laos, Vietnam, Kiribati, Fiji, Tonga, Pakistan, East Timor, Nepal and India over the years.

He has published extensively. He is a Fellow of both the Australian College of Educators (ACE) and the Australian Council of Educational Leaders (ACEL). He has received the Patrick Duignan Award from ACEL, an Outstanding Educator Award and the Ron Ikin award from ACE and the UCEA Centre for Values and Ethics in Leadership award.  He holds an adjunct Professorship at ACU.

He has been associated with the Edmund Rice Centre since before it opened its doors over 20 years ago, and has been on its board since the earliest days.

Mick is married with two grown daughters, and is about to become a grandfather in mid-May.

Phil Glendenning is the Director of the Edmund Rice Centre , a role he has held since its inception in 1996.

With a background in education, law, political science, and overseas aid and development, today he is primarily involved in human rights advocacy and education, peace and reconciliation work, raising awareness of the impact of climate change on marginalised peoples. He is widely sought after to lead conferences and workshops, and for media comment and consultancy in Australia and overseas.

His work for the rights of Indigenous people saw him co-found Australians for Native Title and Reconciliation (ANTaR) in 1997, and for ten years he was National President.

In his work for the rights of Asylum Seekers and Refugees, Phil leads the Edmund Rice Centre’s research team for the Deported to Danger series, monitoring the safety of rejected asylum seekers in 22 countries. In 2008 this work led to the  internationally screened documentary, “A Well Founded Fear.” Phil is currently the President of the Refugee Council of Australia.

In conjunction with the Pacific Calling Partnership, he has been part of delegations to Pacific Island nations, particularly Kiribati and Tuvalu, monitoring the impact of climate change on the population and joining them in international forums to advocate for change.

His work has been recognised with various awards, including an Honorary Doctorate by the Australian Catholic University  in 2007, and in  2017 the Order of Australia Award (AM) for significant service to the community through social welfare organisations, as an advocate for human rights, and to education. 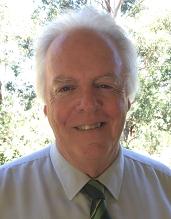 JEFF  REGAN  CFC has been a Christian Brother for 50 years. He taught until the end of 2012, firstly in Melbourne at St Kevin’s and St Josephs Tech Abbotsford. After a brief stint at St Vincent’s Boys Home he transferred to NSW province, teaching at CBHS Lewisham then to Rosary College Tamworth (Coed), Xavier High School Albury.  He was Principal of St Edwards Gosford in 1995 and took it to year 11 & 12 over 9 years.

His final appointment was to St Dominic’s Penrith for 10 years. This was also his first major involvement in indigenous schooling as the school had 50 students, and they went on to employ an indigenous liaison and education officer.

In all this time his special interest has always been in the outsider in schools, both the difficult and un-empowered.  Often through involvement in other extra curricula activities he worked to give these students success and improve self-esteem. Over the years he set up two annexes for students who were unschooled or chronic truants and later had supervision of another annex at St Dominic’s which had been established for some time.

He has always had an interest in social justice issues.  He has been active member of Amnesty international for 27 years and also set up Amnesty groups in 3 schools.  He was on the board of the Edmund Rice Centre at an earlier time as the Principal’s representative.

Currently he is employed by EREA in NSW to assist schools with building programs and also to help the Flexi Learning centres with relocation and the establishment of new ones in the future.

Dr WAYNE TINSEY is currently Executive Director - Edmund Rice Education Australia. He has worked in Catholic education in Australia, India and Peru for more than 35 years.

As Executive Director, Wayne has leadership responsibility for over 55 schools which constitute Edmund Rice Education Australia.

He is also the Foundation Chair of Edmund Rice Education Beyond Borders, a network of schools working in 23 countries.

Prior to his current position, Wayne was  Director of Schools in the Diocese of Maitland-Newcastle for four years.

In 2007, the Catholic Education Commission of NSW awarded Wayne the Br John Taylor Award for Excellence in Education for his leadership and contribution to Catholic education.

In a ‘previous life’, Wayne simultaneously held the positions of Director of the Catholic Institute of Western Australia, Director of the Edmund Rice Centre for Social Justice, Head of the School of Religious Education, as well as Professor and Assistant Dean of Education at the University of Notre Dame in Fremantle. 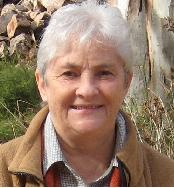 Helen Kearins rsm is a Sister of Mercy of the Institute of Sisters of Mercy of Australia and Papua New Guinea. She has taught in primary and secondary schools in the Canberra - Goulburn and Wagga Wagga Dioceses.

For the last thirty years she has been involved in various forms of Social Justice Education:- at the National Mission, Justice and Development Education Programme; Sisters of Mercy Justice Desk; University of Western Sydney  Hawkesbury- School of Social Ecology; Sisters of Mercy Aboriginal Ministry; the Mercy Foundation; Edmund Rice Centre for Justice and Community Education (Volunteer);  and the Australian Catholic Social Justice Council.

She is also an accredited Sociodramatist with the Australia and Aotearoa New Zealand Psychodrama Association. (AANZPA).She also works as a group facilitator and when time allows plays the guitar and writes songs. 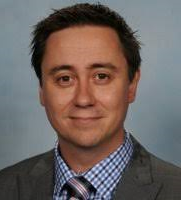 Matt Hawkins is currently the Head of Campus at the Hemmant Flexible Learning Centre, an EREA Youth+ Flexi-school in Brisbane, and has been in the role for just over two years.

Prior to this role, Matt has worked for sixteen years at two other EREA schools in Brisbane. While at St Joseph’s Nudgee College and St Patrick’s College Shorncliffe, Matt worked as an English teacher and then in Pastoral and Mission/Identity middle and senior leadership roles.

In 2012, Matt, along with Mark Ellison, initiated and launched ERA (Edmund Rice Advocacy) for Change, a movement which engages students from Edmund Rice schools around the country in advocacy.  Perhaps the most prominent campaign to date has been the Detention for Detention campaign, an act of peaceful solidarity with young people seeking asylum held in detention centres as a result of government policy.

In recent times, ERA for Change has supported students from Edmund Rice schools in the USA in their campaign for gun reform.  Matt is also a member of the Edmund Rice Education Beyond Borders (EREBB) Advocacy Sub-committee.

Matt has three children aged 10, 8 and 5.  He is currently working on a doctorate entitled “A Study of Inclusivity in EREA Schools”. 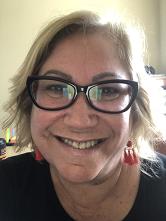 Sharon Cooke is a proud woman of the Weilwan Ngemba people who have traditionally occupied a region of the north-west area of New South Wales. Sharon was born in Brewarrina and spent much of her first 22 years living in Brewarrina. She has maintained her presence in rural NSW as an Aboriginal mother, teacher, educator and consultant.

Sharon has worked as an educator across the early year’s sector, infants, primary and secondary sector and has been invited to do guest lecturing at universities.

Sharon is currently a K-12 Cluster Coach with a focus and expertise in Aboriginal Education for the Catholic Schools Office Armidale.

Sharon holds a Master’s in Education, Graduate Diploma in Community and Adult Education, Bachelor of Teaching and Associate Diploma in Aboriginal Education. She has completed all her study with the Australian Catholic University and has a long professional relationship with the University. She has co-authored papers on Aboriginal Education with Ass Prof Peter Howard and Prof Jude Butcher and attended and presented at national and international educational gatherings in Australia, New Zealand and Canada. 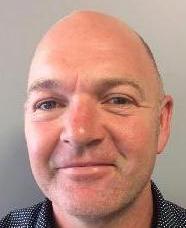 Tim O’Connor has a background in economics and law and is currently the Director of campaigns at Amnesty International, recently moving there from the Refugee Council of Australia.

He has worked in the arenas of human rights advocacy,

in emergency response teams, international aid, and long term development programs, focusing on Asia and the Pacific, and including stints in Africa and the Middle East.

Having had the privilege of working with communities in the majority world, particularly refugee and displaced communities, Tim has an understanding of the challenges faced by refugees and is interested in growing that understanding in the Australian public. 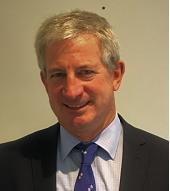 Glen McLachlan is a Chartered Accountant , a Fellow of Financial Securities Institute of Australia and has post graduate qualifications in Operations Management.

Glenn has over 30 years experience working in senior financial and chief executive roles in a variety of private and ASX listed companies in the finance, building, facilities and advertising sectors

Currently Glenn is the Director of System Stewardship for Sydney Catholic Schools, a member of the Catholic Development Fund Advisory Board and a Director of CENET. 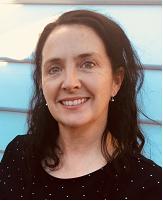 Bridget Jenkins has dedicated her artistic, educational and academic careers to working with and for marginalised individuals and communities from a range of social, cultural and economic backgrounds.

She has tertiary qualifications in Education, Art, Aboriginal Studies and Human Rights and works from a rights-based perspective in solidarity with others. She and has developed strong skills in negotiation, conflict resolution, dialogue and restorative justice.

Bridget has extensive experience in organising, promoting and convening justice-based events, programs and campaigns. She has designed and implemented peace and justice perspectives in curriculum, led professional development for colleagues and peers, founded and led social justice student groups and worked closely with NGO’s and organisations such as Amnesty International, UNICEF, the Bob Brown Foundation and Reconciliation Australia.

Bridget has travelled extensively throughout Italy, Central Africa, Antarctica and Australia. She is an avid bushwalker, a keen gardener . She volunteers at the Migrant Resource Centre and with local environmental groups.