Twenty First Sunday of the Year

Mount Rushmore has images of four former US presidents carved out. Recently, Donald Trump has allegedly suggested that his image should also be carved out into the mountain because of his contribution to the nation!!  Caesarea Philippi, on a massive wall of rock, has a marble temple built to honour Caesar. It is here that Jesus brings his disciples to ask possible one of the most important questions in the gospels. At this place of imperial power and authority, it is difficult to miss the political nature of Jesus’ question: ‘Who do you say I am?’ It flows from prior political question: ‘Who do people say that I am?’ This question comes down to asking who has taken the strongest stand against Israel’s oppressors. The obvious heroes mentioned are Elijah, Jeremiah and the imprisoned John the Baptist. Then, Jesus sets an anti-imperial tone, when he asks, ‘What about me? Who do you say that I am?’ It is a central question to anyone who follows Jesus.

Twentieth Sunday of the Year

Isaiah is offering us a way to embrace the value of others by genuinely appreciating them in our hearts which impacts on our actions by way of his prayer of the heart – the God in our heart – who says, ‘I will bring foreigners to my holy mountain. I will make them joyful in my house of prayer, says the Lord, ‘for my house will be called a house of prayer for all the peoples’. No one is excluded. 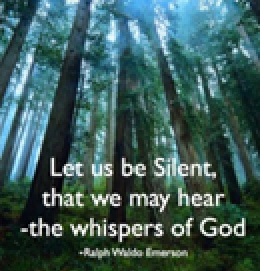 Nineteenth Sunday of the Year

Like most people, Elijah, does not experience God’s presence in the expected places such as in power or violence of earthquakes, fires or winds. God is found in the quiet, gentle breeze by responding to everyday issues that involve service and solidarity with others. Today’s readings suggest that it is in precisely these places and situations that we experience and touch God. God cannot be encountered in withdrawal from life’s realities but by ‘walking across the water’ and trusting in the one who says ‘Courage! It is I!’