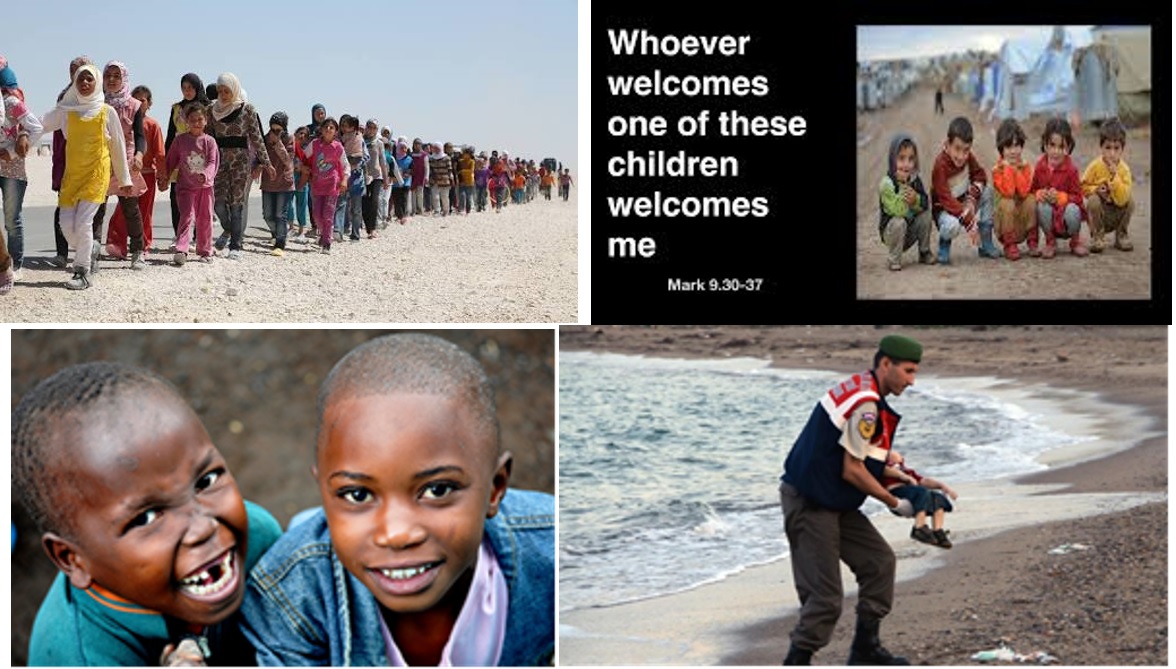 25th Sunday of the Year

In Jesus first followers, we find the trappings of ego and greed. The familiar scene where they argue over seeking places of power reminds us that the desire to be elevated, to be the best, to be more than others, is very real. Deep wisdom forces a reality-check that there is within us a tendency to quickly turn a simple disagreement into dissolved relationships. This is where the love that Christ embodies is most tested, and most needed. James tries to help the community to be centred on Jesus and his teachings when it finds itself at odds.

Students are encouraged to think about asylum seekers and refugees with compassion, to move their understanding from the head to the heart.

24th Sunday of the Year

In the late 1960’s, I read a book by Father (later Bishop) Trevor Huddleston called Naught for Your Comfort. I have read this book a number of times since 1969. Huddleston was a towering figure in South Africa's struggle against apartheid. This small book was hard to read as it captured the lone voice of a man whom Desmond Tutu referred to as one of the strongest critics of South Africa’s oppressive regime. Huddleston shared his experiences in the shantytowns and of being on the protest lines as church and state clashed over politics. It highlights injustice such as apartheid being met with silence, and the failure of white Christians to come to grips with that evil, and the failure to resist makes one compliant. This book describes how people can mistreat others, and even justify it supposedly because it is for the best.